Home > Back to Search Results > Telling of the cruelty forced upon the Mormons...
Click image to enlarge 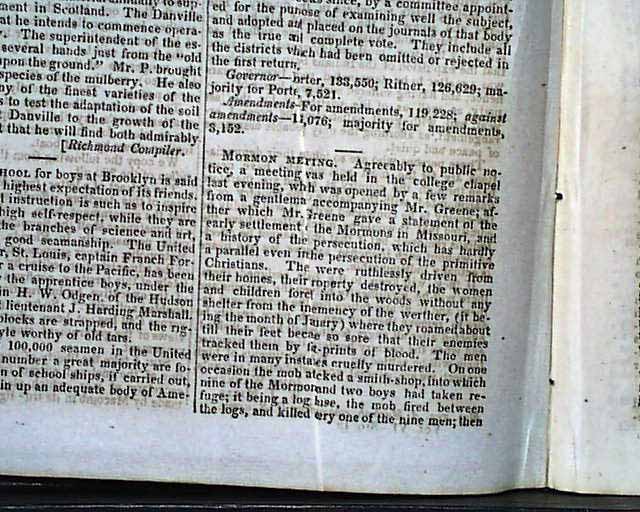 Telling of the cruelty forced upon the Mormons...


NILES' NATIONAL REGISTER, Baltimore, July 6, 1839   Pages 2 and 3 have an article with a small head: "Mormon Meeting" with portions including: "...gave a statement of the early settlement of the Mormons in Missouri, & a history of their persecution...They were ruthlessly driven from their homes, their property destroyed...The men were in many instances cruelly murdered...To cap the climax, the villains plundered the dead bodies of their clothes, etc....resolutions passed condemning the conduce of the executive of Missouri...prepare a statement of the treatment received by this distressed people..." and more (see photos).