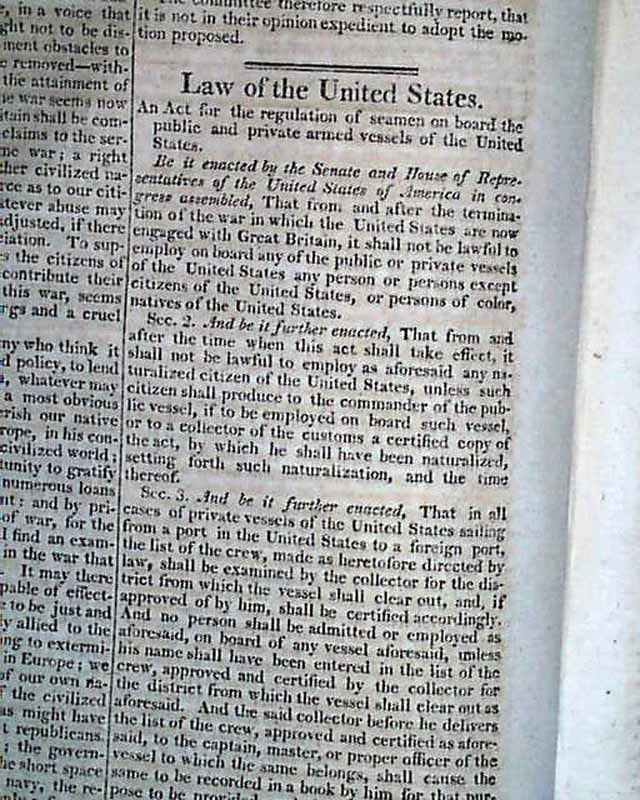 
THE WEEKLY REGISTER, Baltimore, March 20, 1813 A great issue for military content. Over a full pg. is taken up with: "An Act for the Regulation of Seamen on Board the Public and Private Armed Vessels of the United States" signed in type: James Madison. Half a pg. has a large chart: "Militia of the United States" with columns for various positions, artillery, & more. Also: "Brief Sketch of the Seat of War" and: "Events of the War"; a nice account of the Battle of Raisin River; "British Official Account of the Attack on Ogdensburgh" "Capture of the Macedonian" by the ship United States; "The Murder of the Wounded" and more.
Sixteen pages, 6 1/2 by 9 1/2 inches, nice condition.