Home > Back to Search Results > Independence is not all it's cracked up to be...
Click image to enlarge 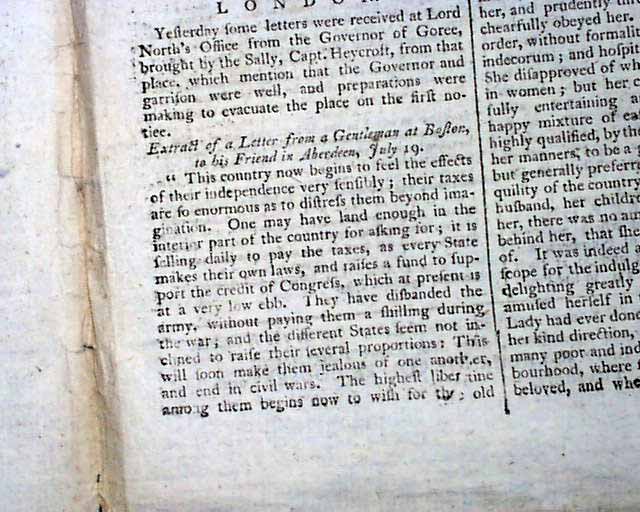 Independence is not all it's cracked up to be...

Page 3contains an: "Extract of a Letter from a Gentleman at Boston, to his Friend in Aberdeen". It includes: "This country now begins to eel the effects of their independence very sensible; their taxes are so enormous as to distress them beyond imagination...They have disbanded the army without paying them a shilling during the war...The highest libertine among them begins now to wish for the old times again..." and more.
Four pages, never bound nor trimmed, red tax stamp on the ftpg., nice condition.