Home > Back to Search Results > Earthquake In New England... Details on Senegal...
Click image to enlarge 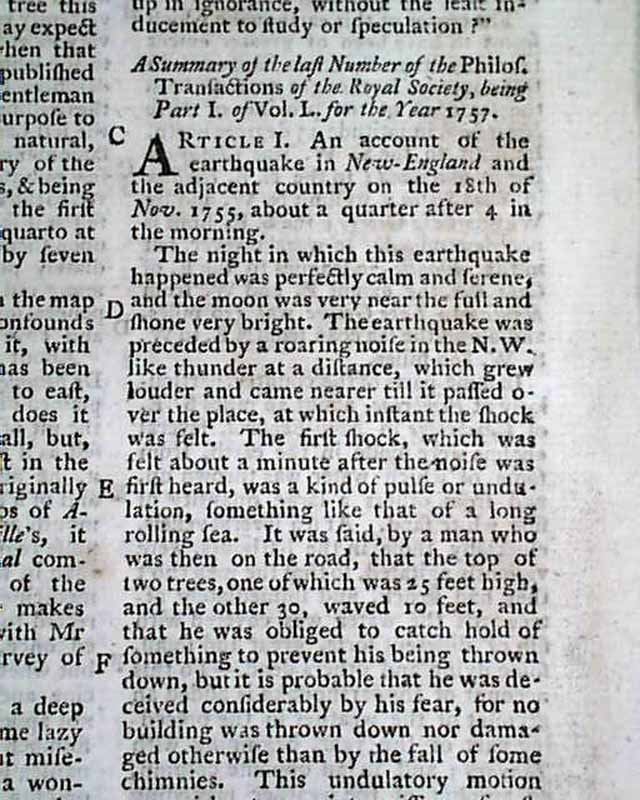 Item # 657331 THE GENTLEMAN'S MAGAZINE, London, June, 1758  Among the articles within are: "An Account of the Isle of Senegal on the Coast of Africa..." and "Case of Mr. Moore and Mr. Smith of Philadelphia Stated" which takes over a full page, plus much more. There is also an illustration of a newly invented bandage for the use of sick seamen (see).
Near the back is the "Historical Chronicle" which has the latest news reports of the day, mostly European.
Lacking the two plates called for.
Complete 48 page issue with a full title/contents page featuring an engraving of St. John's Gate. Measures 5  by 8 inches.