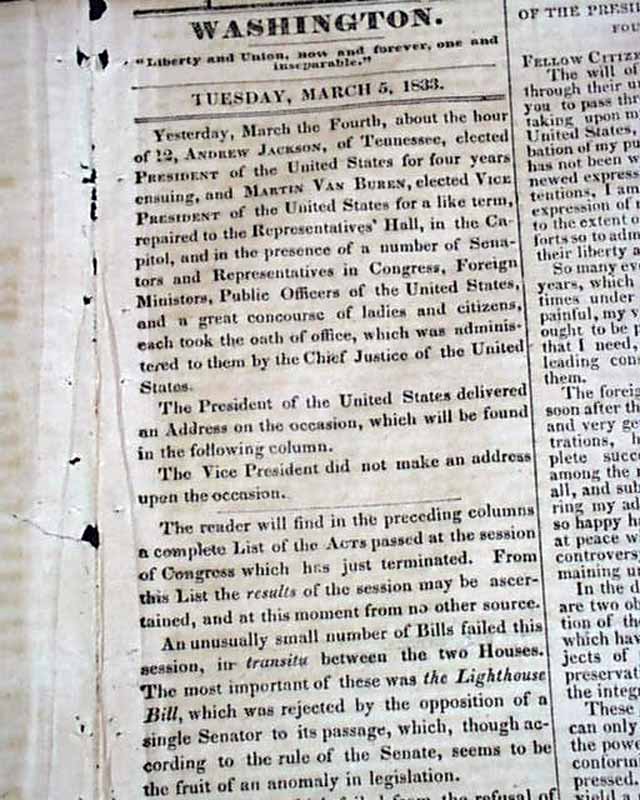 Page 3 begins with a report of Jackson's inaugural noting in part: "Yesterday, March the Fourth...Andrew Jackson...elected President of the U.S. for four years ensuing...repaired to the Representatives' Hall in the Capitol...a great concourse of ladies & citizens, each took the oath of office which was administered to them by the Chief Justice of the United States...".
The next column is headed: "Inaugural Address of the President of the United States" which takes most of the column.
Terrific to have these reports in this newspaper from the nation's capital.
Four pages, a very discrete archival mend across page 2, very nice condition.