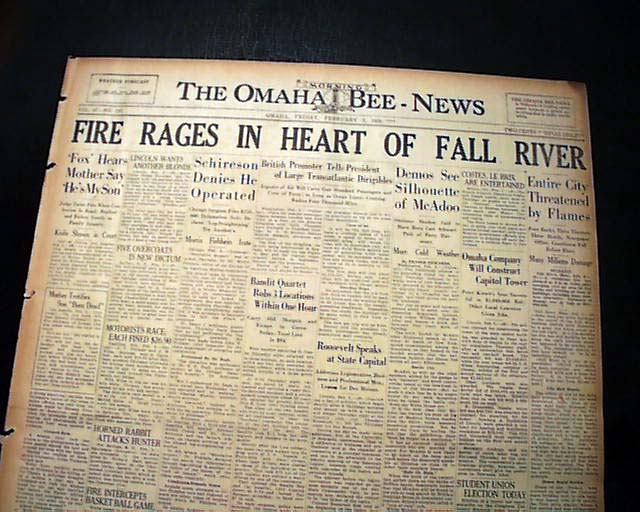 The top of the front page has a nice banner headline: "FIRE RAGES IN HEART OF FALL RIVER" with subheads. (see) Nice for display. First report coverage on the Great Fall River fire of 1928.
Other news of the day. Complete with 18 pages, light toning at the margins, generally nice.

wikipedia notes: The worst fire in Fall River's history occurred on the evening of February 2, 1928, beginning when works were dismantling the recently vacated Pocasset Mill. During the night the fire spread quickly and would wipe out a large portion of downtown. City Hall was spared, but was badly damaged. Today, many of the structures near the corner of North Main and Bedford Street date from the early 1930s, as they were rebuilt soon after the fire. 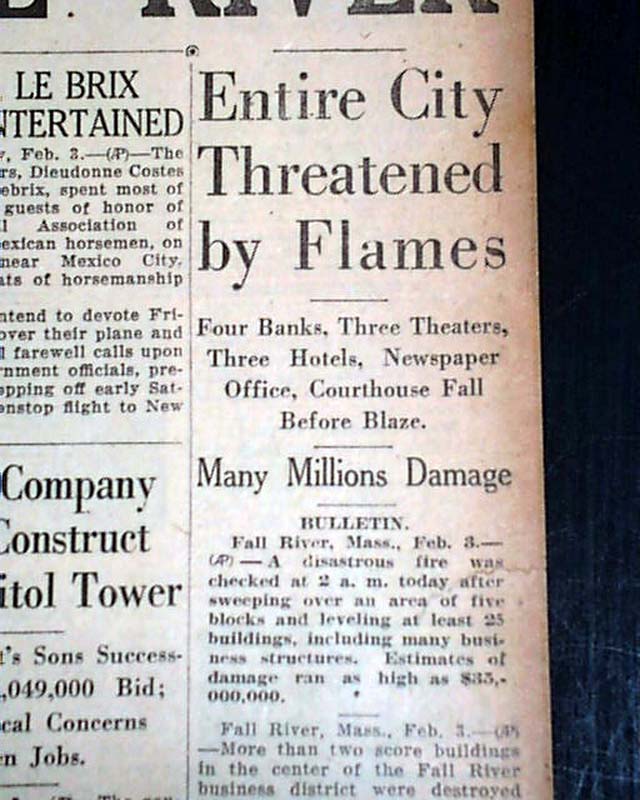 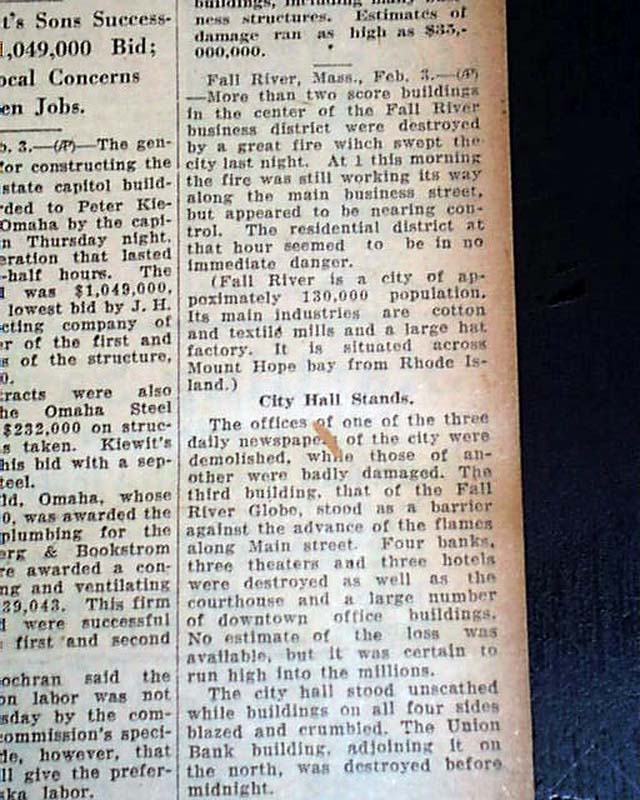 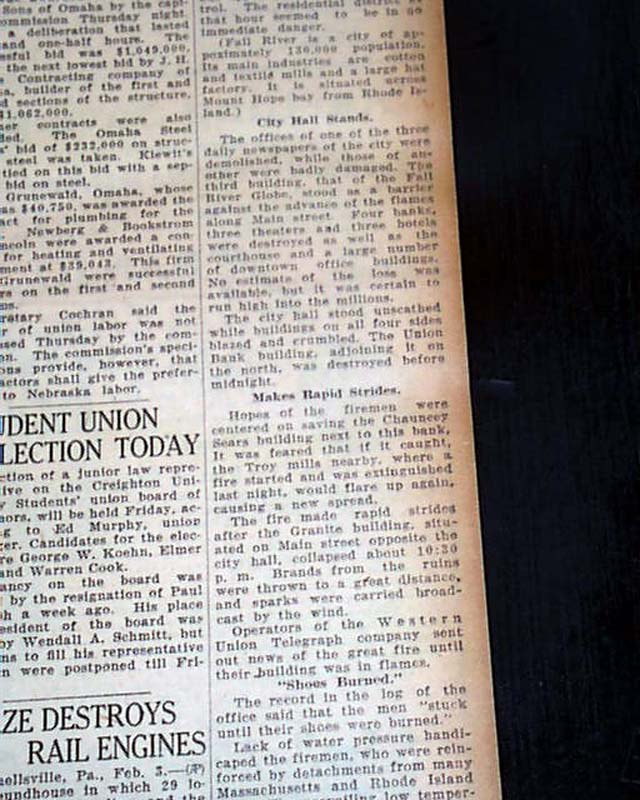 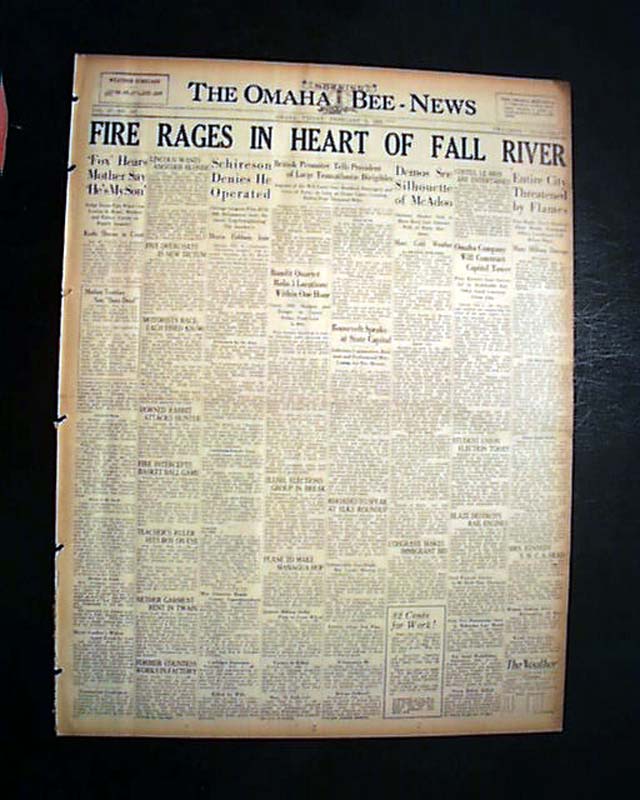