Home > Back to Search Results > Great headline on the death of "Iron Horse" Lou Gehrig...
Click image to enlarge 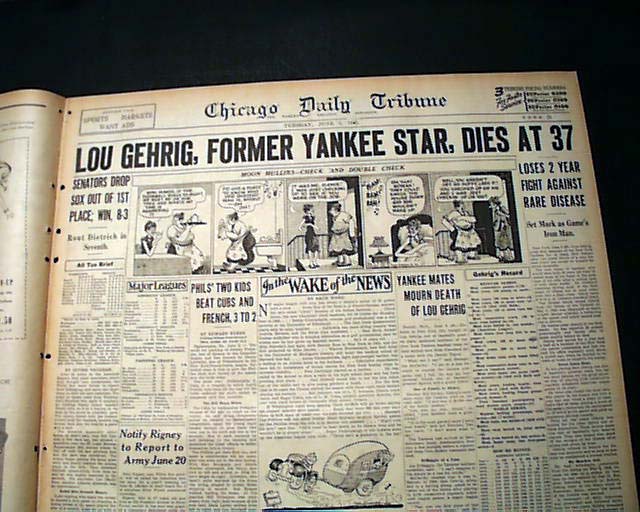 Great headline on the death of "Iron Horse" Lou Gehrig...

This issue features a terrific banner headline at the top of the sports section, which has its own masthead and dateline and would display like a front page.
The headline announces: "LOU GEHRIG, FORMER YANKEE STAR, DIES AT 37". The one column headline notes: "Loses 2 Year Fight Against Rare Disease" "Set Mark as Game's Iron Man". The bottom of the page has 6 photos of his life including of him with Babe Ruth, or him as a pitcher with Columbia University, how widow, and one from the famous tribute to him on July 4, 1939, among others.
Complete in 34 pages, various small binding holes at the blank spine, and some old tape mends at the margins of some issues including the page with the noted content. Otherwise in very nice condition.