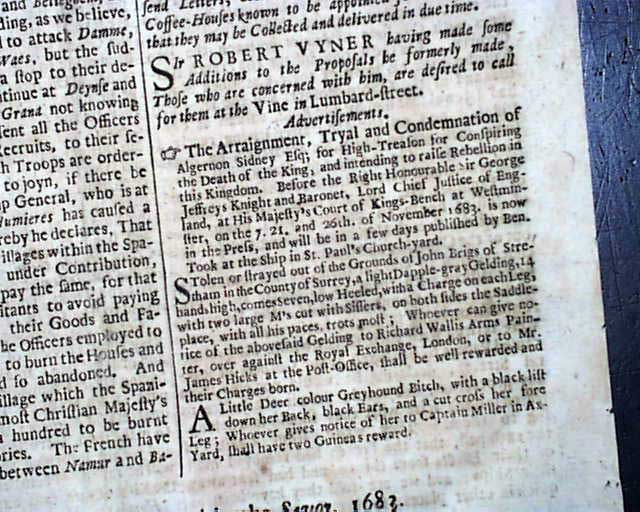 
THE LONDON GAZETTE, England, Dec. 20, 1683  The reverse has an advertisement for the printing of a book about Algernon Sydney, the famous English politician and political theorist, and opponent of absolute monarchies.
Sydney ultimately became involved in a plot to assassinate King Charles II. He was later indicted for treason, found guilty and executed.
The ad begins: "The Arraignment, Tryal and Condemnation of Algernon Sidney, Esq. for High-Treason for conspiring the death of the King & intending to raise rebellion in this Kingdom..." with a bit more.
Complete as a single sheet newspaper, 6 1/2 by 11 inches, very nice condition.