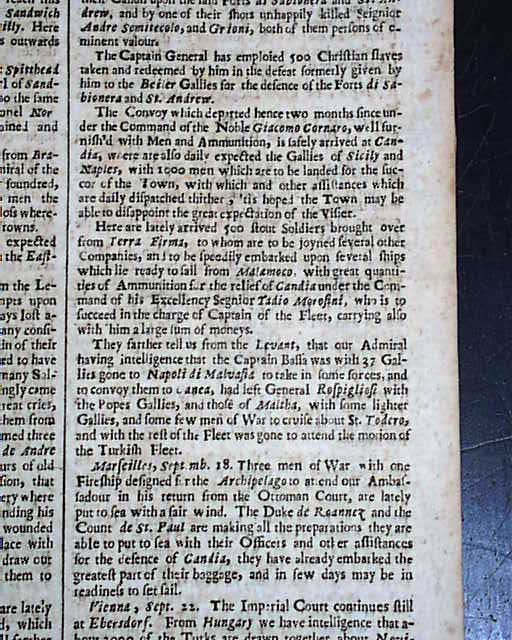 
THE LONDON GAZETTE, England, Oct. 1, 1668  This is the oldest continually published English language newspaper in the world, having just begun 3 years previous in 1665 & is still publishing today.
The ftpg. has a brief item: "The Captain General has emploied 500 Christian slaves taken & redeemed by him in the defeat formerly given by him to the Beiler Gallies for the defence of the forts de Sabionera and St. Andrew."
The back page has a brief reference to the Plague with: "A Lunenbourgh Captain of Horse lately quartered at a town called Blocsit, & for fear of the Plague removing with his Lieutenant Vollenhove, carried off the colours with him...".
Single sheet, 6 1/2 by 10 3/4 inches, very nice condition.