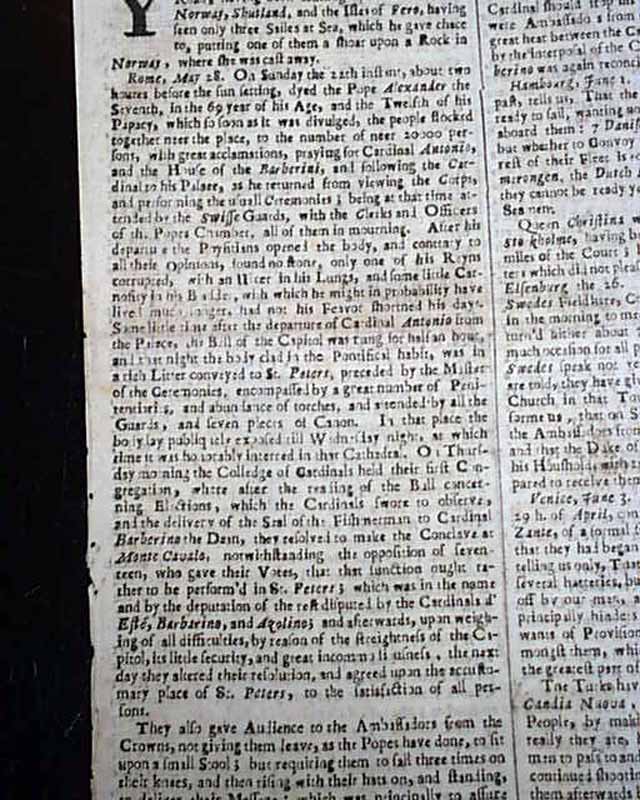 Near the beginning of the front page is a report from Rome noting: "On Sunday the 22th instant...dyed the Pope Alexander the Seventh in the 69 year of his age and the twelfth of his papacy, which so soon as it was  divulged, the people flocked together near the place to the number of neer 20,000 persons..." and more detail.
Other news reports from throughout Europe.
Complete as a single sheet newspaper, 6 3/4 by 11 inches, nice condition.
This is the oldest continually published English language newspaper in the world, having just begun two years earlier in 1665 and is still printing today. 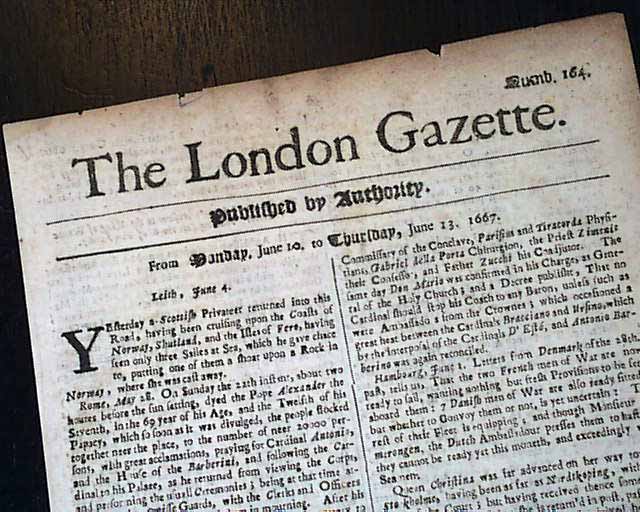 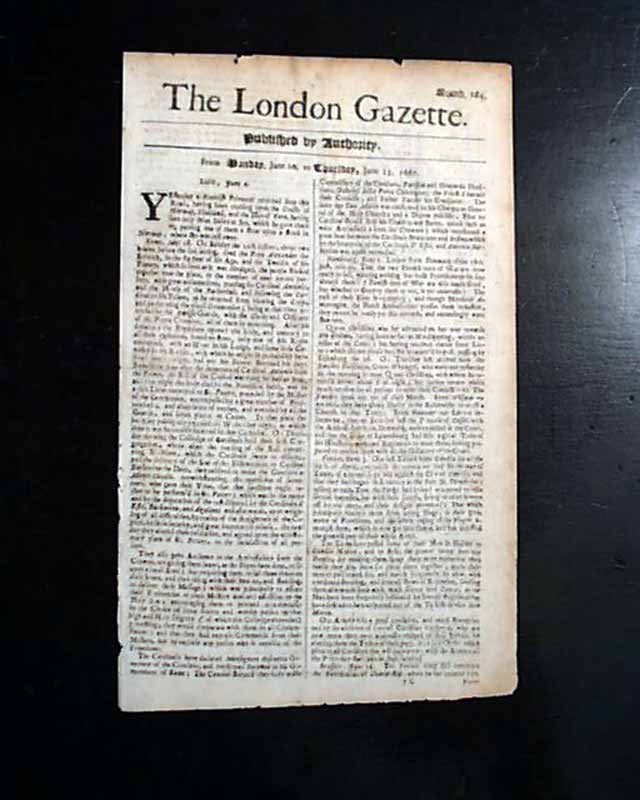 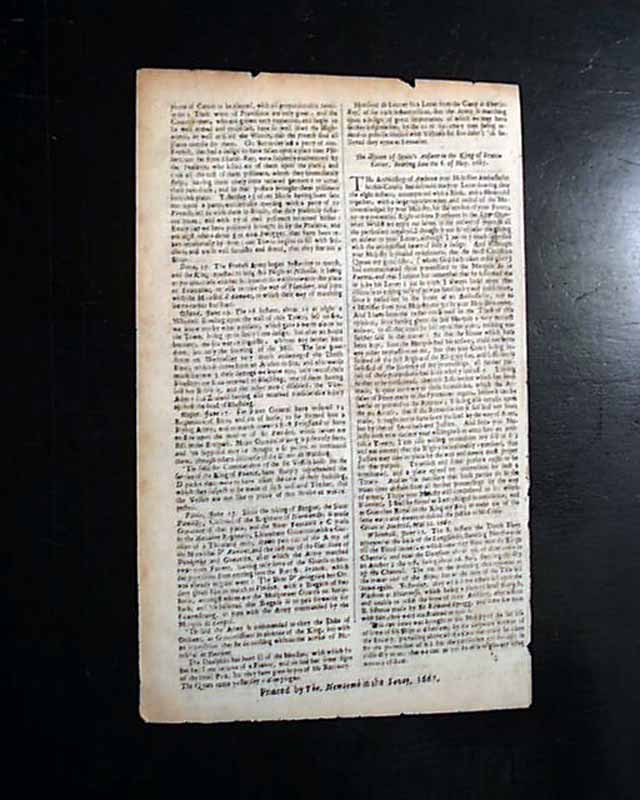 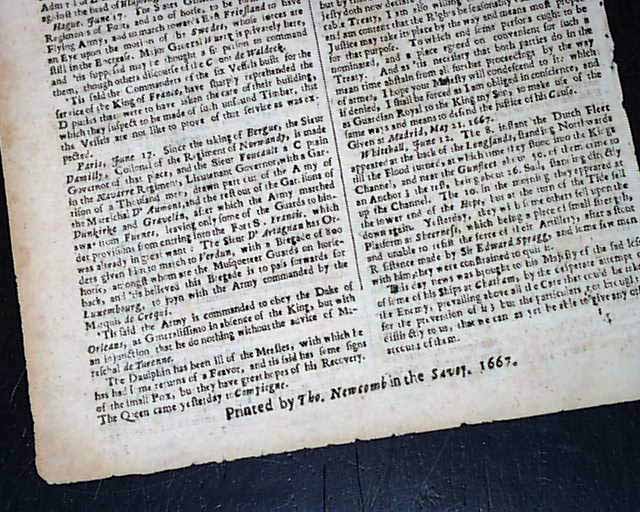