Home > Back to Search Results > On Nat Turner's Rebellion...
Click image to enlarge 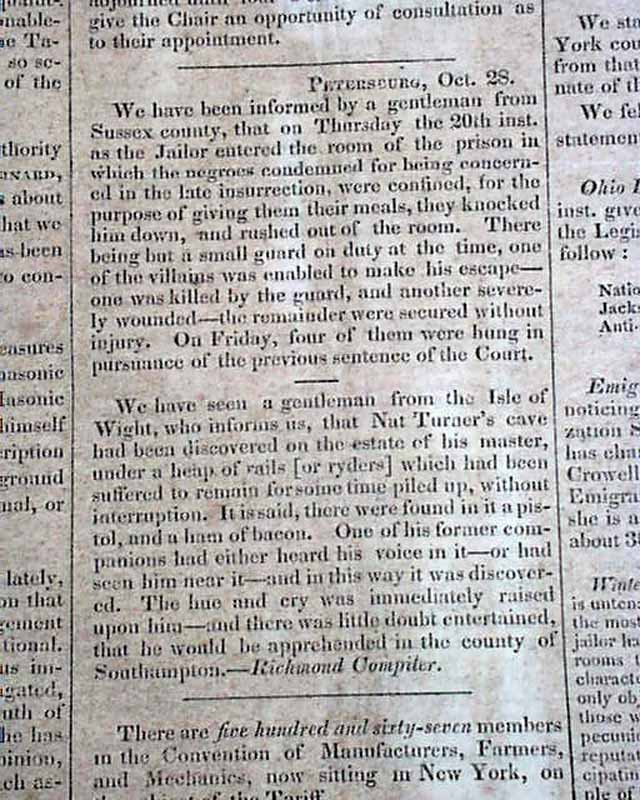 The front page has 2 items concerning the Nat Turner Slave Insurrection: "...as the jailer entered the room of the prison in which the negroes condemned for being concerned in the late insurrection were confined...they knocked him down & rushed out of the room...one of the villains was enabled to make his escape--one was killed...another severely wounded...remainder were secured without injury. On Friday four of them were hung in pursuance of the previous sentence of the court."
This is followed by another report which includes: "...informs is that Nat Turner's cave had been discovered on the estate of his master..." with further detail.
Four pages, damp staining in the first column, not touching these 2nd column articles, various foxing.