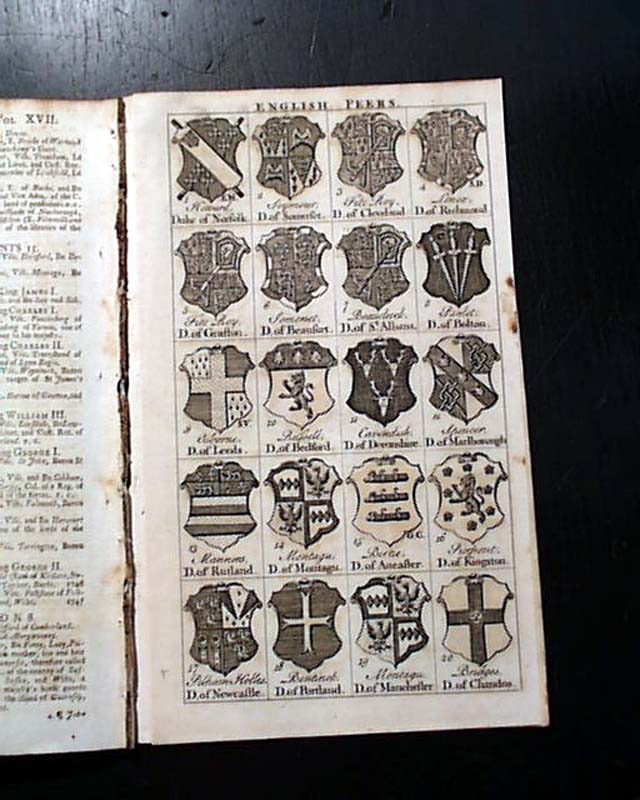 * Prints of Noble coats-of-arms, and of Arthur Onslow
* Amsterdam described

A very nice pre-Revolutionary War magazine from the "mother country". This was the first periodical to use the word "magazine" in its title, having begun in 1731 and lasting until 1907. This "Supplement" issue was done at the end of the year.
Included is over a full page article: "Description of Amsterdam", and other articles: "William I Prince of Orange Assassinated", "The Whole Trinity Operative in the Creation", "Dr. Wallis's Method of Teaching a Dumb Person to Speak", and "On the Apparition at Souterfells" among others.
Several pages are taken up with a: "List of the Peerage of England, with their Titles..." and is accompanied by a full page plate of 20 coats-of-arms.
Over 3 pages are taken up with a list of captured ships, including several which were bound to or from the American colonies or the West Indies.
Complete in 26 pages. They did not use a full title/index page with the Supplements as was done with the monthly issues.  Measures about 5 by 8 inches.