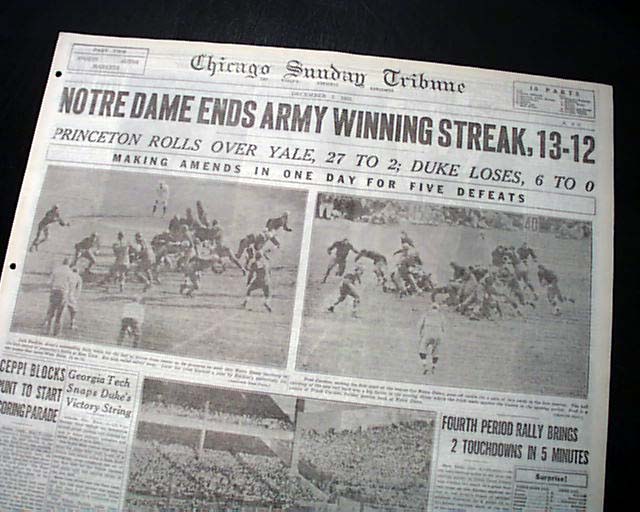 The top of the front page of this section has a great banner headline: "NOTRE DAME ENDS ARMY WINNING STREAK, 13-12" with subhead, 3 large photos and lineups. (see) Nice for display. This was the third season without Knute Rockne on the sidelines after his death and Army's only loss for it's football season.
Complete with all 8 pages, this is the "rag edition" printed on very high quality newsprint meant for institutional holdings. In great condition as such, a few small binding holes at the spine.