Home > Back to Search Results > LaFitte, the Caribbean pirate...
Click image to enlarge 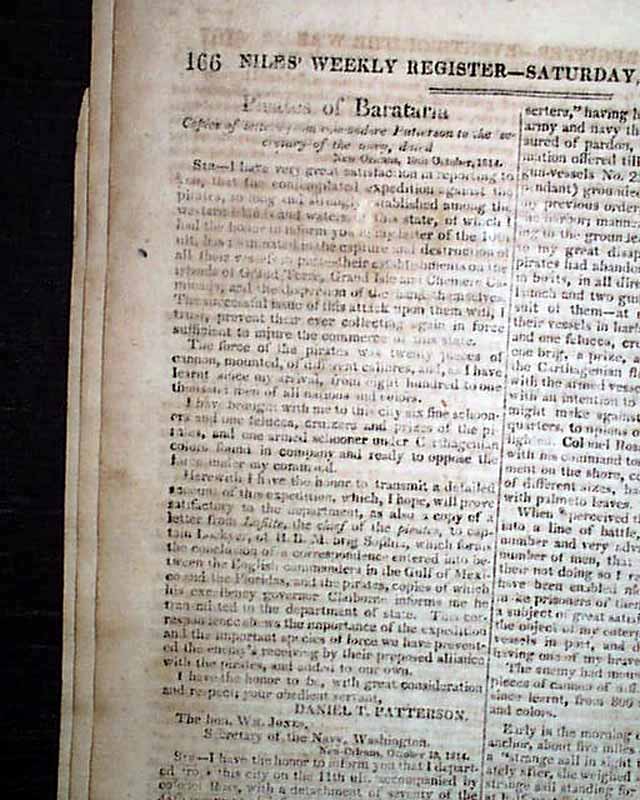 
NILES' WEEKLY REGISTER, Baltimore, Nov. 19, 1814  An inside page contain an article datelined from New Orleans headed: "Pirates of Barataria" which has rare, period mention of Jean LaFitte, the Caribbean pirate, portions of which include: "...great satisfaction in reporting to you that the contemplated expedition against the pirates, so long & strongly established among the western islands & waters of this state...has terminated in the capture & destruction of all their vessels in port...honor to transmit a detailed account of this expedition...also a copy of a letter from Lafitte, the chief of the pirates, to captain Lockyear...". This report takes over 1 1/2 pgs. in total (photos show only portions).
Other articles in this issue include much reporting headed: "Events of the War" concerning the War of 1812 taking over 8 pages & including; "Action at Lyon's Creek" "Stings of the Wasp" and "Naval". There is also: "A Proclamation" for a day of "Humiliation, Fasting & Prayer" signed by President James Madison.
Complete in sixteen pages, 6 1/4  by 9 3/4 inches, lite scattered foxing throughout, otherwise in good condition. 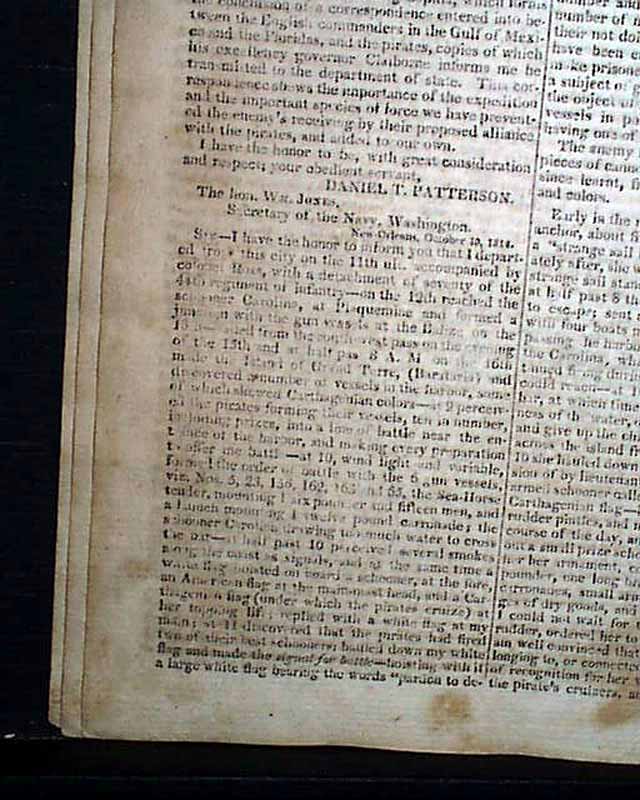 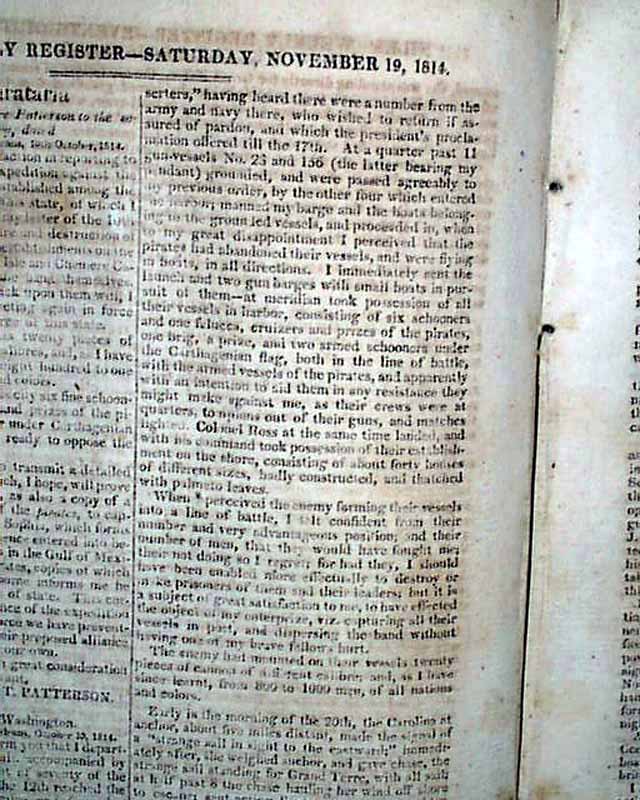 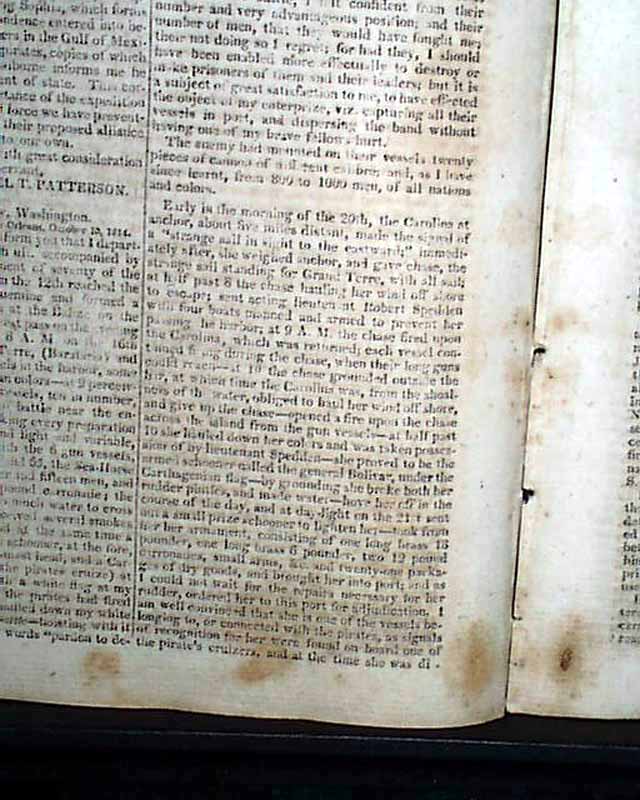 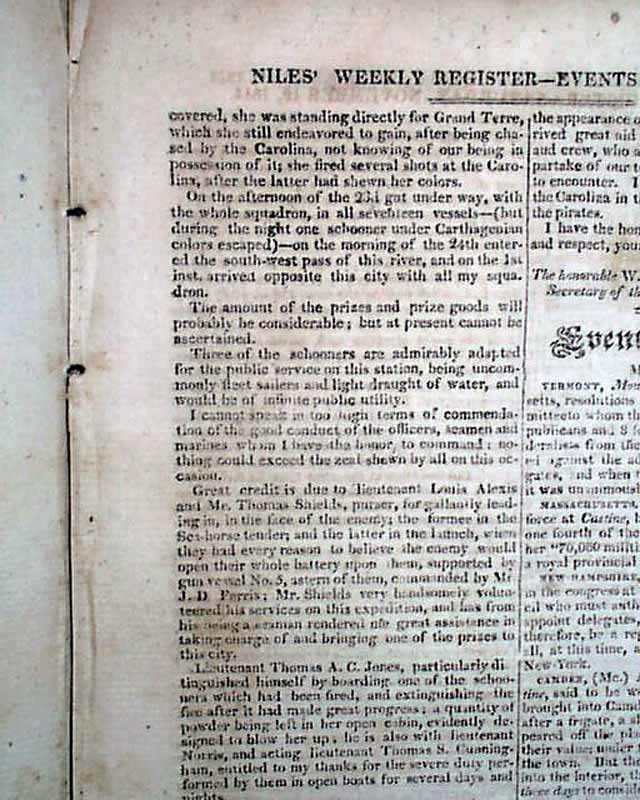 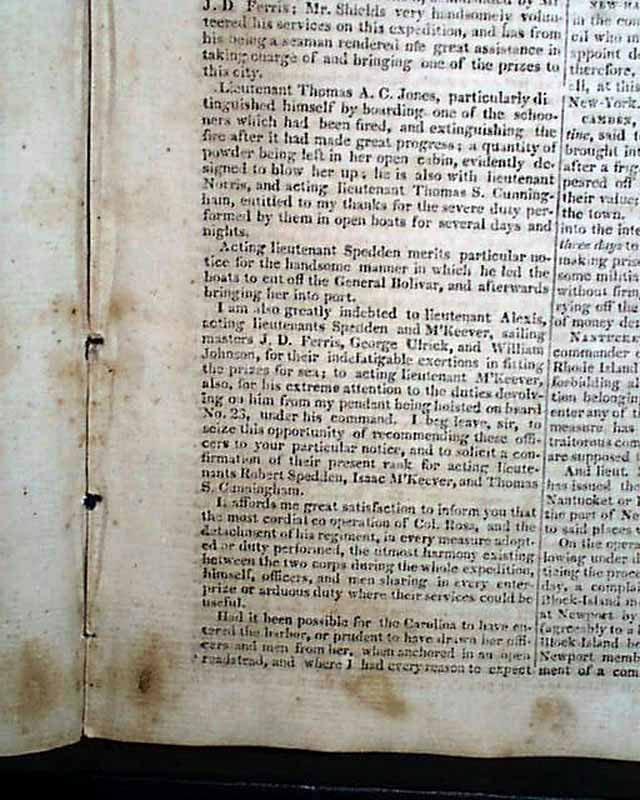 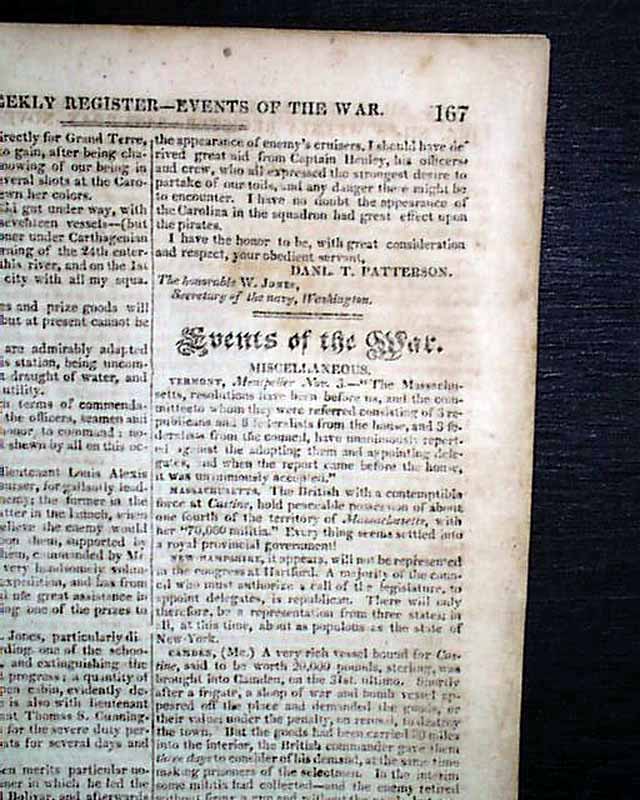 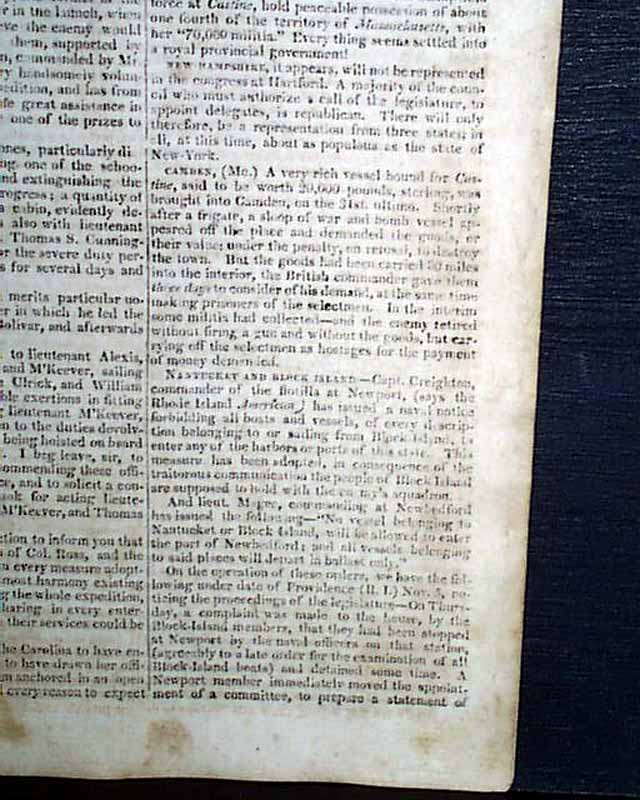 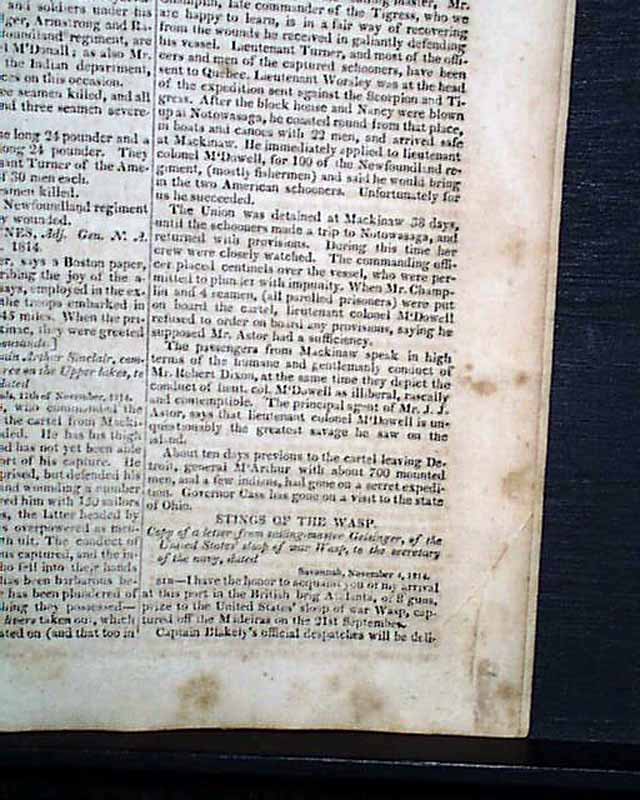 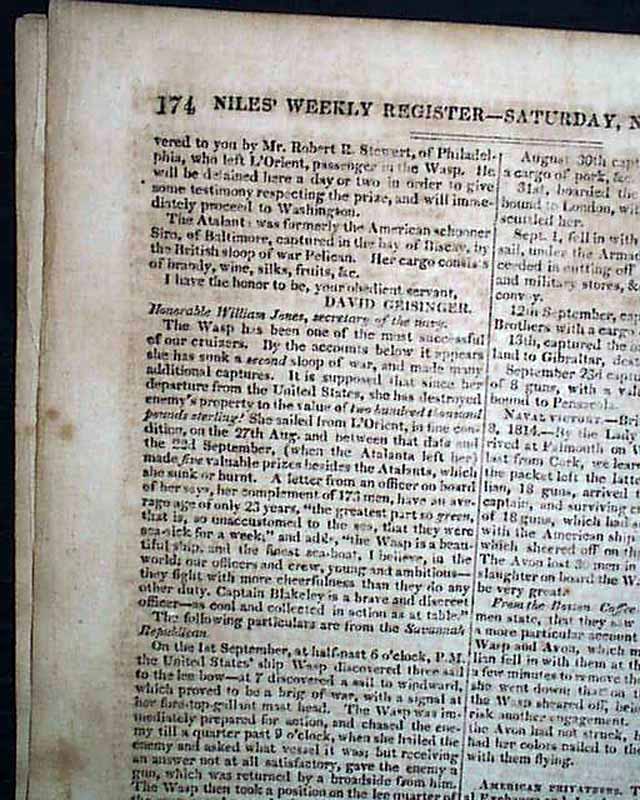 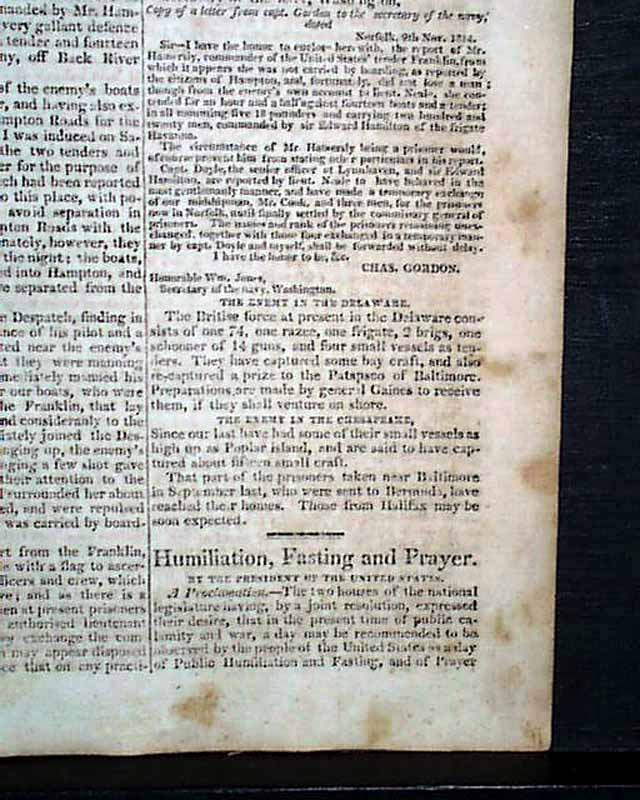 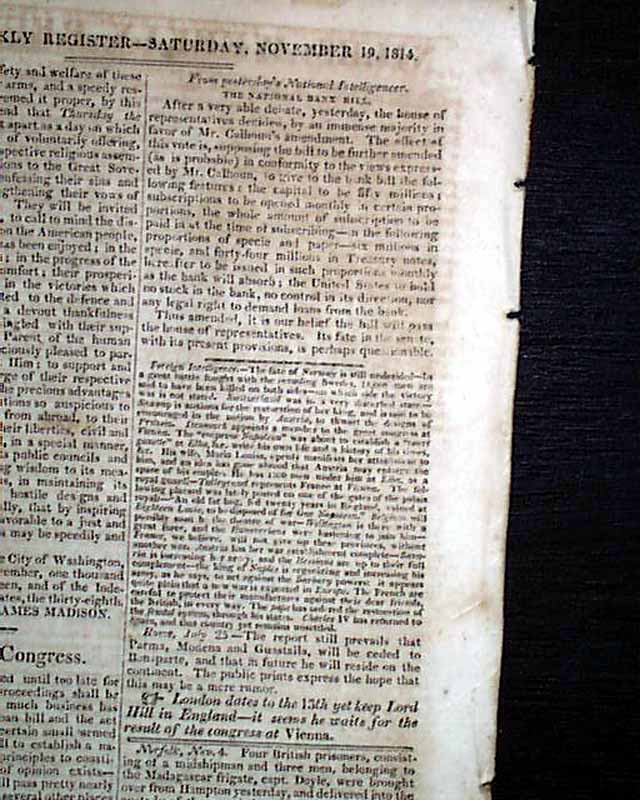 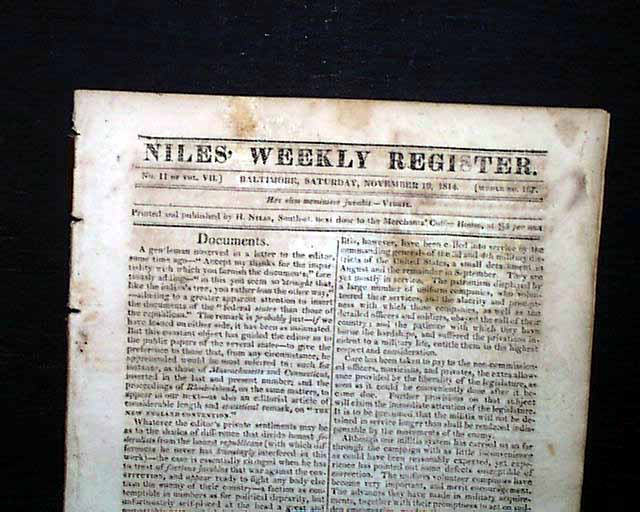 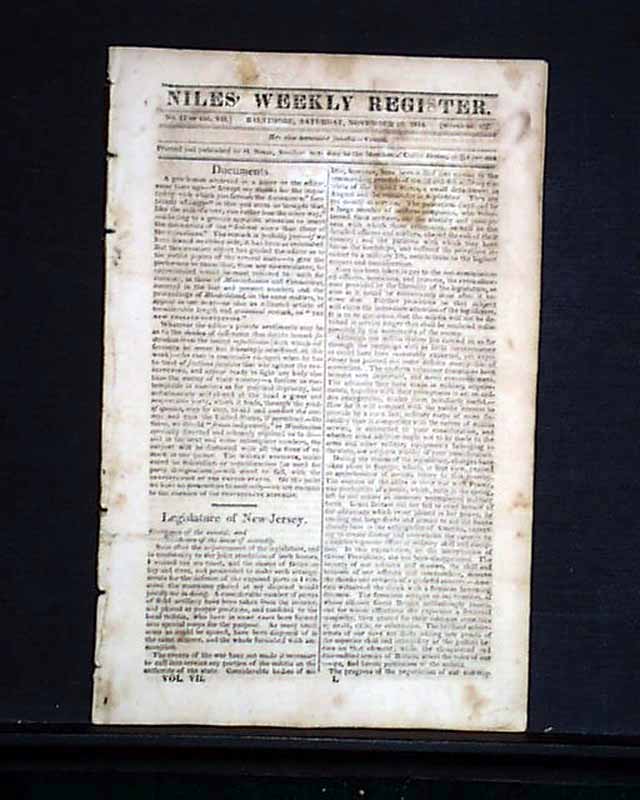