Home > Back to Search Results > Discussion of the Seminole Indian War...
Click image to enlarge 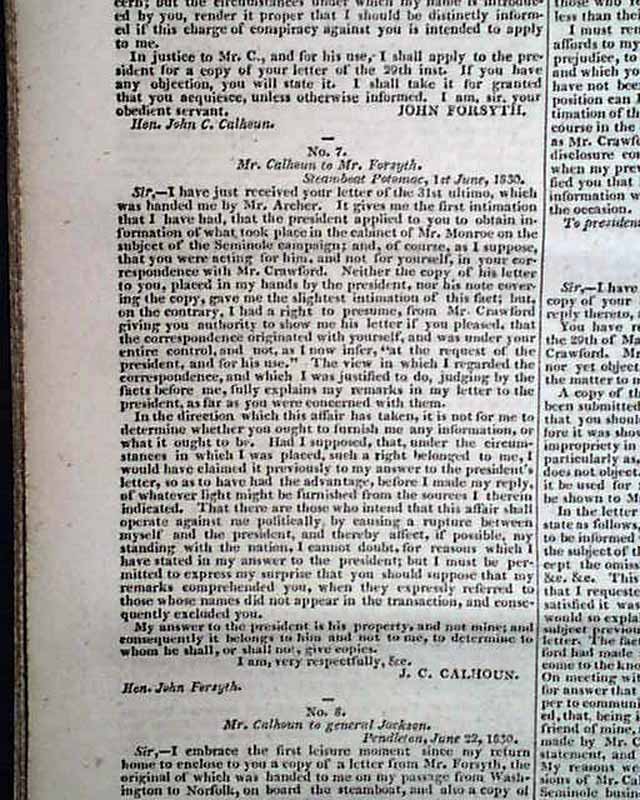 Discussion of the Seminole Indian War...


NILES' WEEKLY REGISTER, Baltimore, March 5, 1831  Fourteen of the 24 pages of this issue are taken up with: "Correspondence Between Gen. Andrew Jackson and John C. Calhoun" most of it relating to the Seminole Indian War. Included are 7 letters signed: Andrew Jackson, 9 letters signed: J.C. Calhoun, and 2 letters signed: James Monroe plus one by John Quincy Adams.
Complete in 24 pages, 6 1/4 by 9 1/2 inches, in very clean condition.