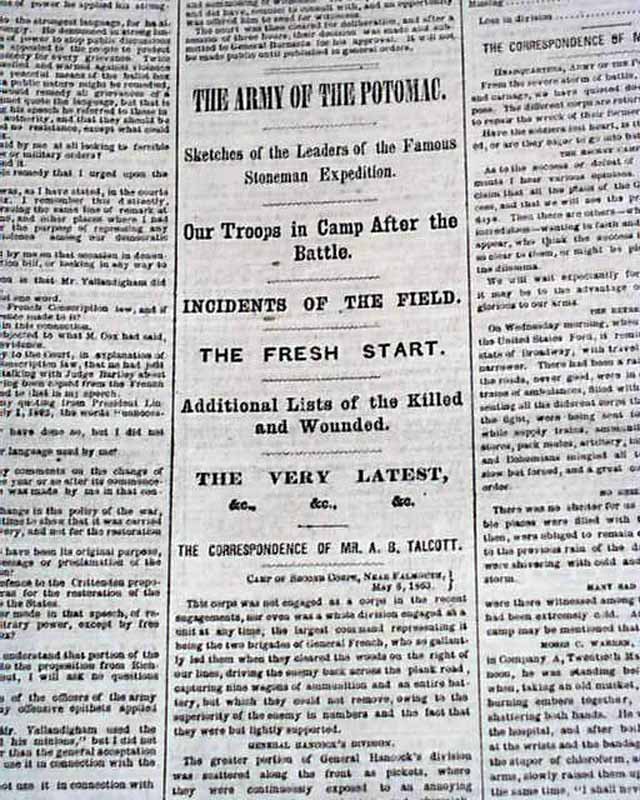 Inside pages have a wealth of column heads on the Civil War, some including; "The Battle of Chancellorsville" "Stonewall Jackson's Left Arm Amputated" "A Ball Also Passed Through His Right Hand" with more. This report is dated May 7. He actually died of his wounds on May 10.
Other heads: "Our Troops in Camp After the Battle" "The Fresh Start" "Additional Lists of the Killed & Wounded" "The Stoneman Expedition".
Another page has a small map of the Vicksburg vicinity with heads: "Investment of Jackson" "Operations of Gen. Grant Between Vicksburg and Jackson" with more.
Twelve pages, very nice condition. 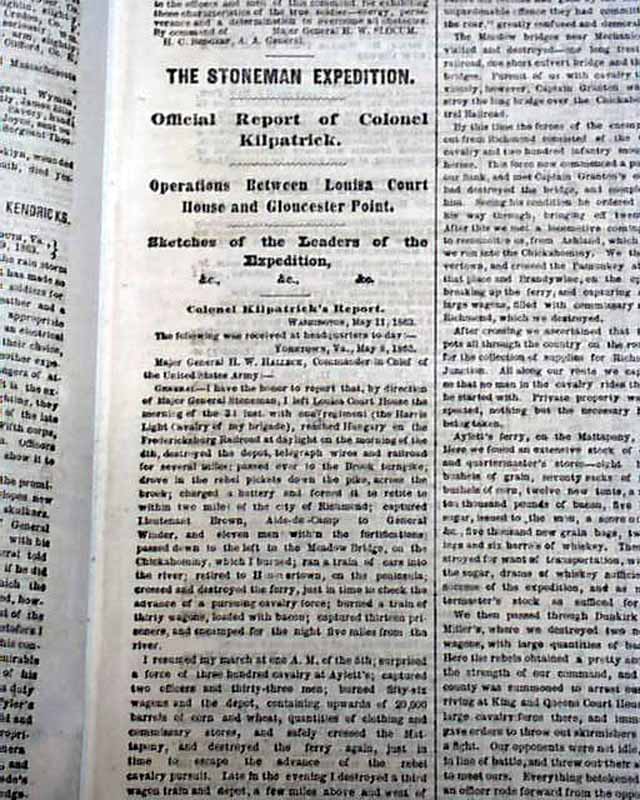 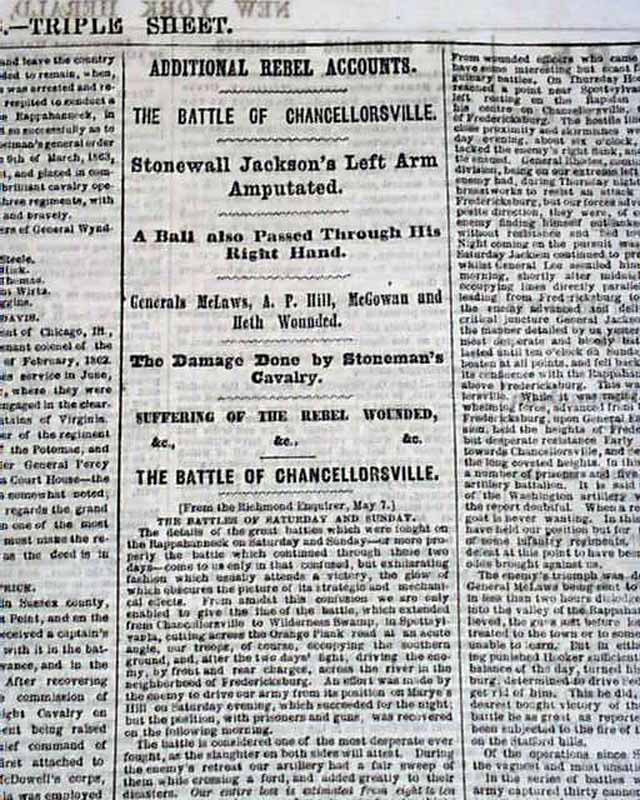 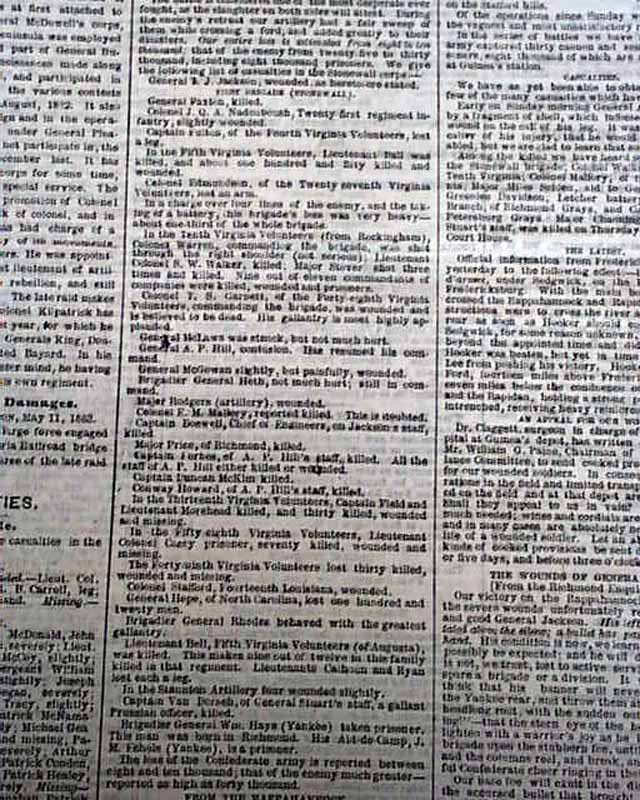 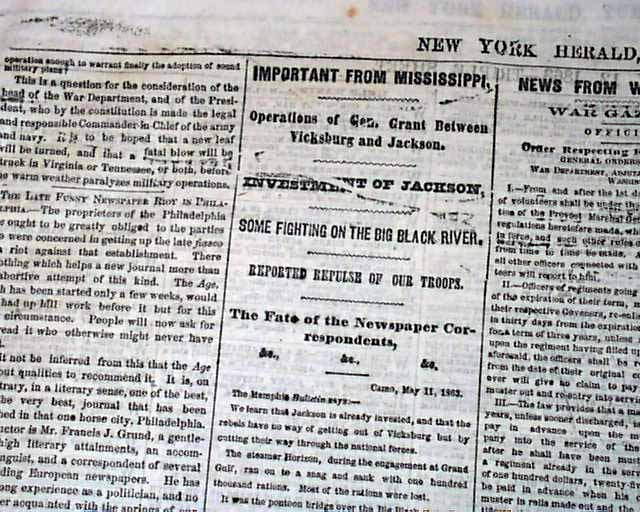 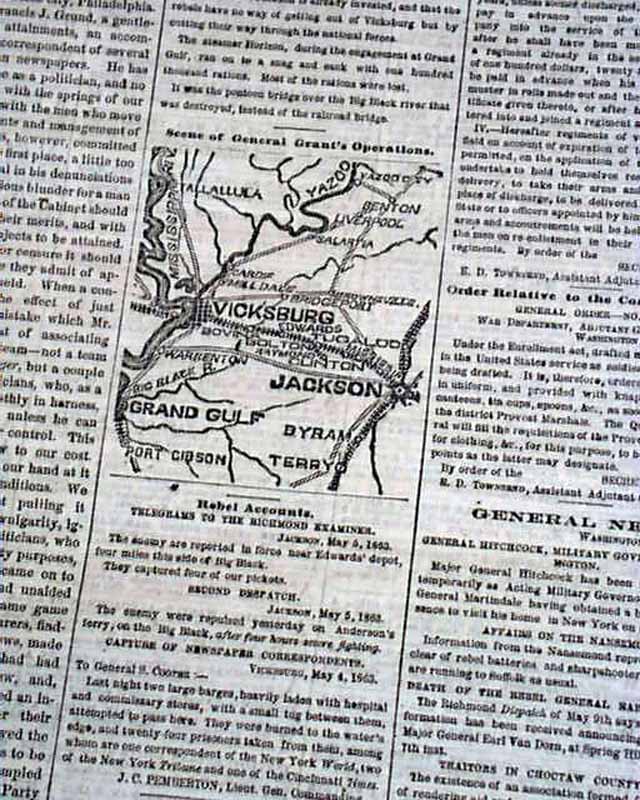 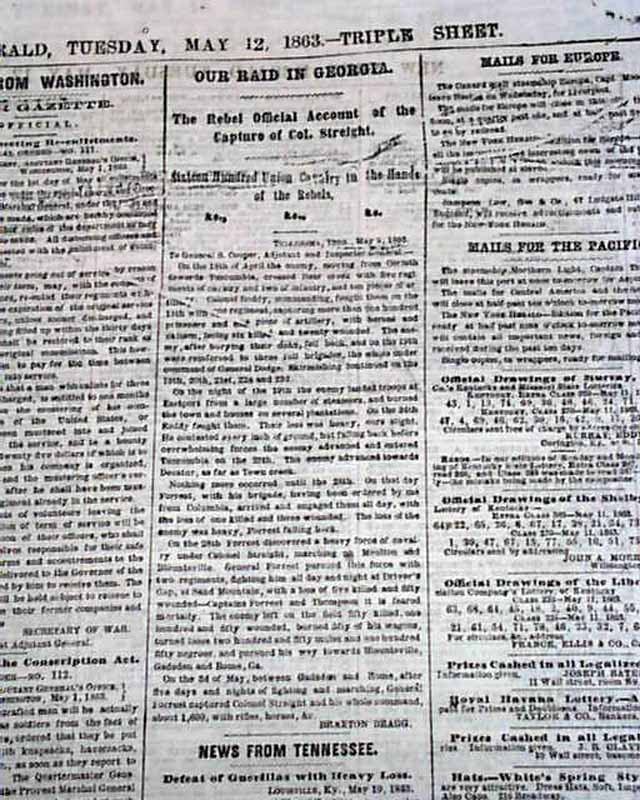 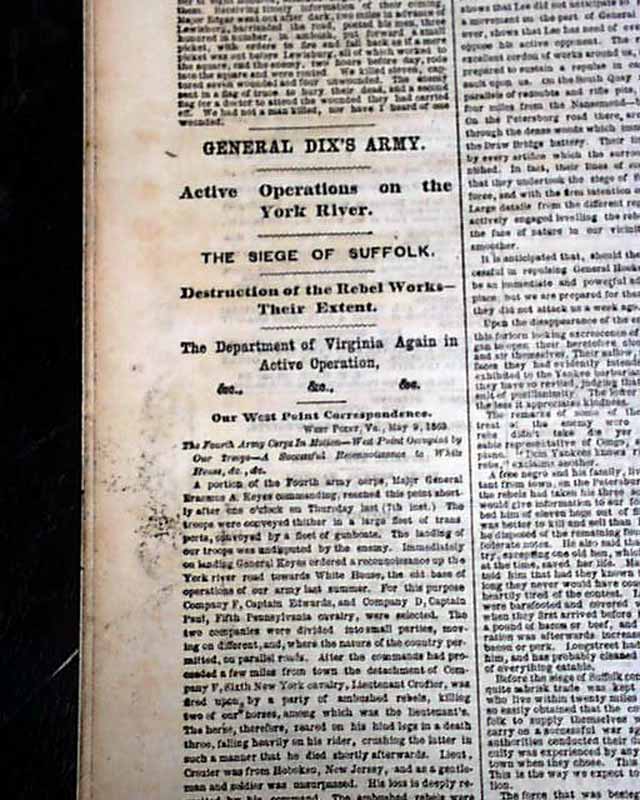