Home > Back to Search Results > On West Virginia becoming a state...
Click image to enlarge 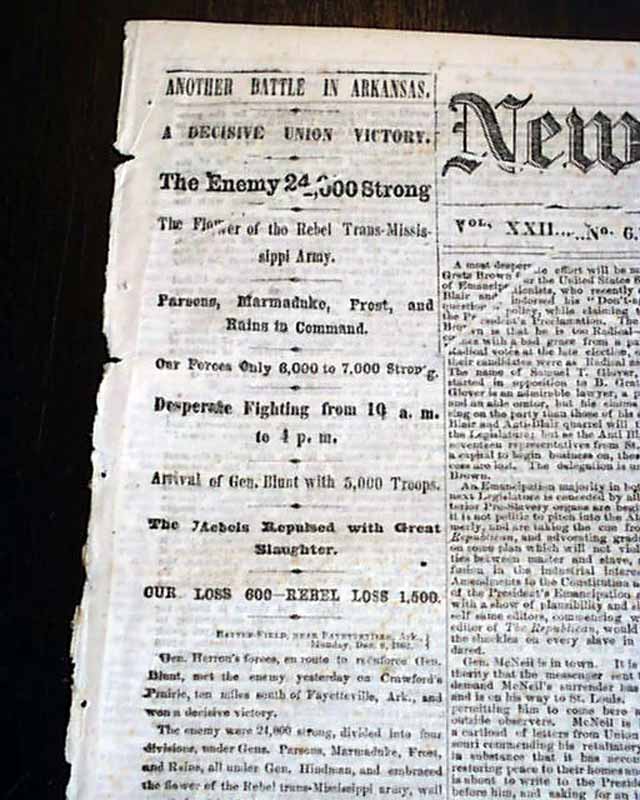 On West Virginia becoming a state...

Although this issue was printed during the midst of the Civil War and contains a wealth of reporting on the war, the most significant item is the discussion concerning West Virginia becoming a state, with front page heads including: "FROM WASHINGTON" "The Admission of West Virginia" "Mr. Conway's Speech in Opposition". It would formally join the Union on June 20, 1863.
Other reports relating to the Civil War include: "39 of the Condemned Indians to be Hanged" "Another Battle In Arkansas" "A Decisive Union Victory" "The Enemy 24,000 Strong" "From General Burnside's Army" "Capture of Sutlers and Wagons by White's Band" "From Gen. Grant's Army" "A Pointed Call for Slave Jail Fees" and much more.
Eight pages, a bit irregular at the spine, close-trimmed at the upper right shaving some letters in a heading..