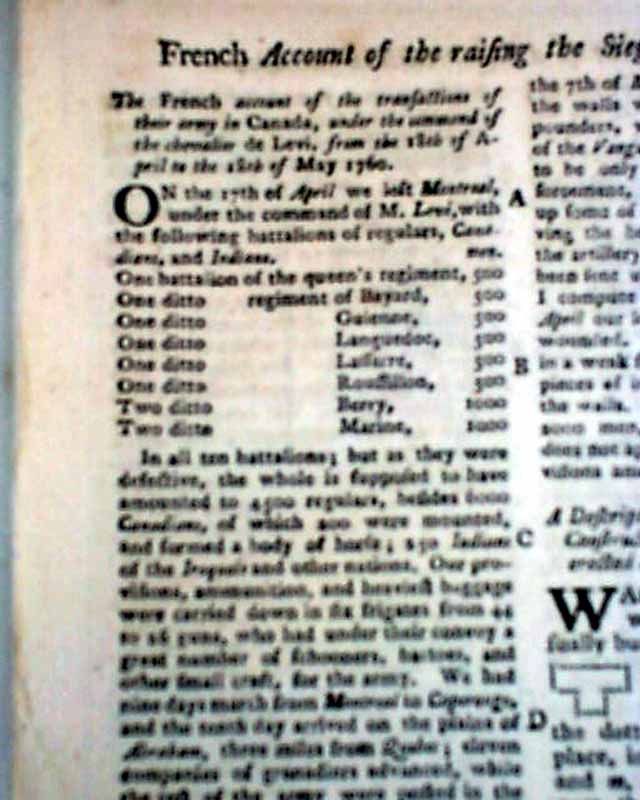 Item # 656536 GENTLEMAN'S MAGAZINE, London, August, 1760  A feature of this issue is the "French Account of the Raising the Siege of Quebec" which takes over half a page (see for portions).
There is also: "A Description of a Water Mill of a New Construction..." for grinding sugar cane in Jamaica, which includes a full page plate (some dirtiness to the plate).
Among other articles are: "Political Remarks on the Present War" 'Of Propagating the Terror Occasioned by Mad Dogs" "Voyages & Cruises of Capt. Walker" "Method of Curing the Bite of a Mad Dog" and more.
Near the back is the "Historical Chronicle" which includes a report from Halifax, Canada, concerning military events there. Also: "Advices from the West Indies" which gives some details of the slave insurrection there.
There is also some: "American News" with news on the French & Indian War, and also reports from Charleston concerning the situation with the Cherokee Indians.
Lacking two of the three plates called for.
Complete in 48 pages, 5 1/2 by 8 1/2 inches, never-trimmed margins, full title/contents page featuring an engraving of St. John's Gate, very nice condition.
From the French & Indian War period from the "mother country" with a wide range of varied content. This was the first periodical to use the word "magazine" in its title, having begun in 1731 and lasting until 1907. 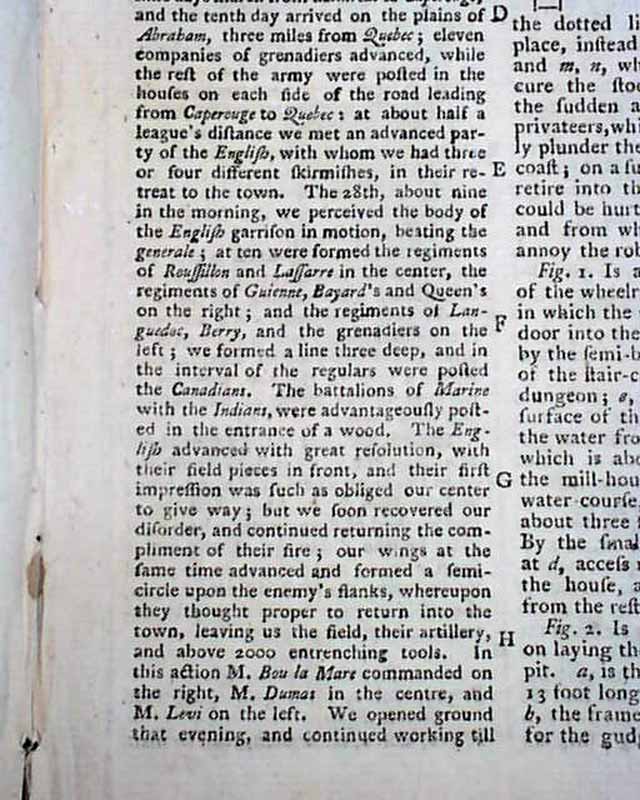 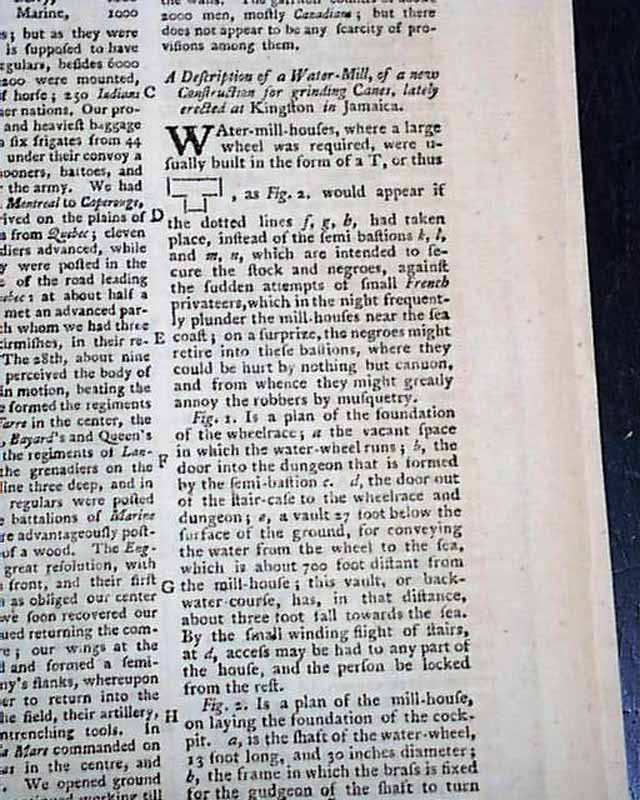 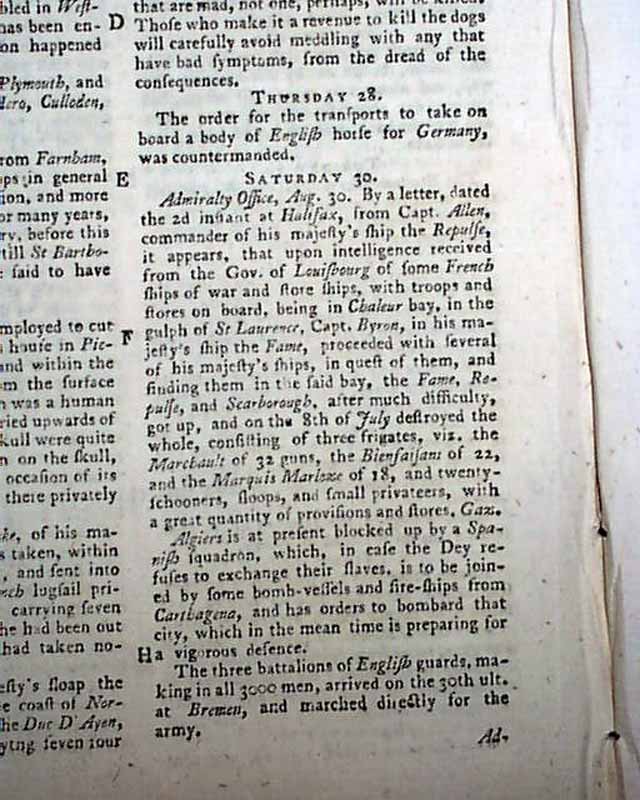 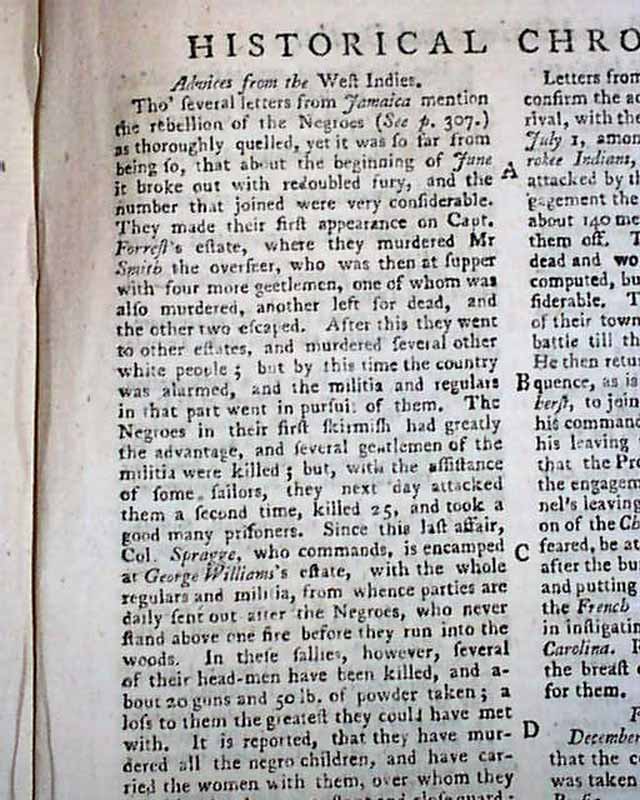 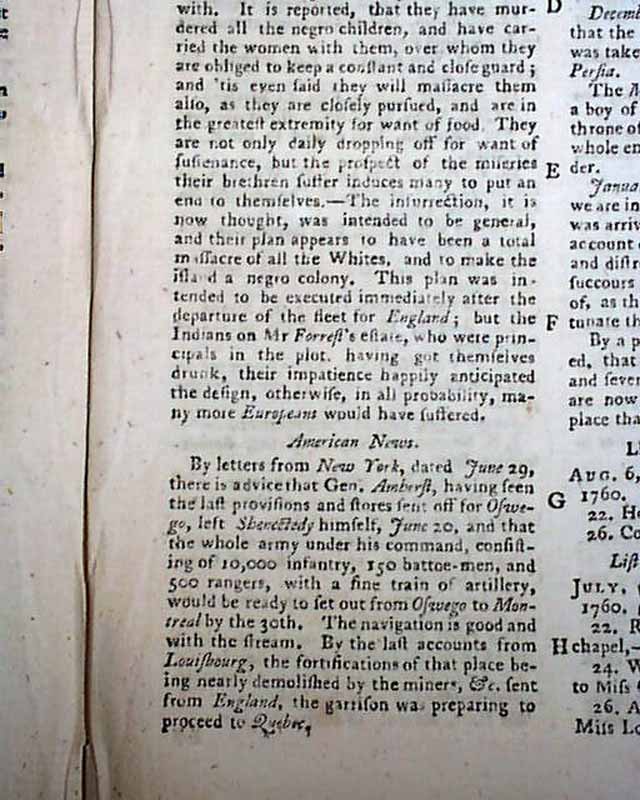 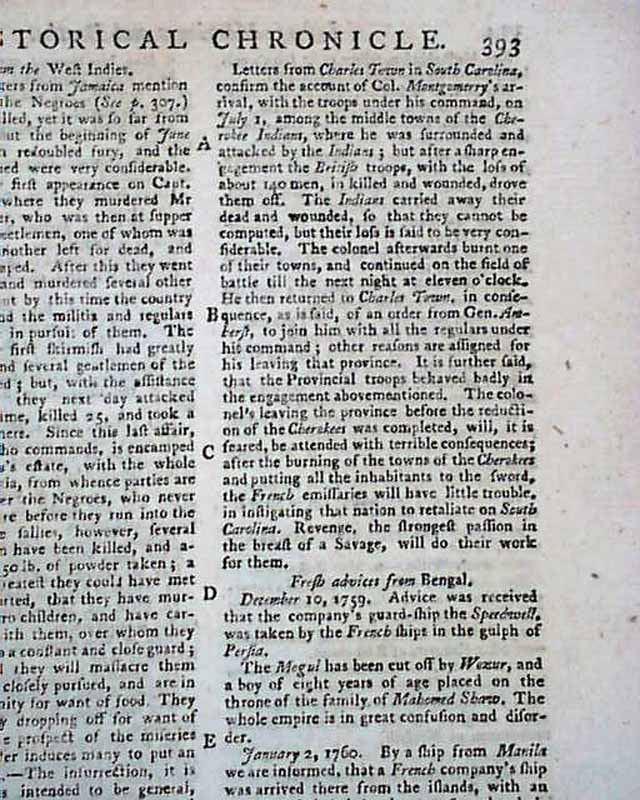 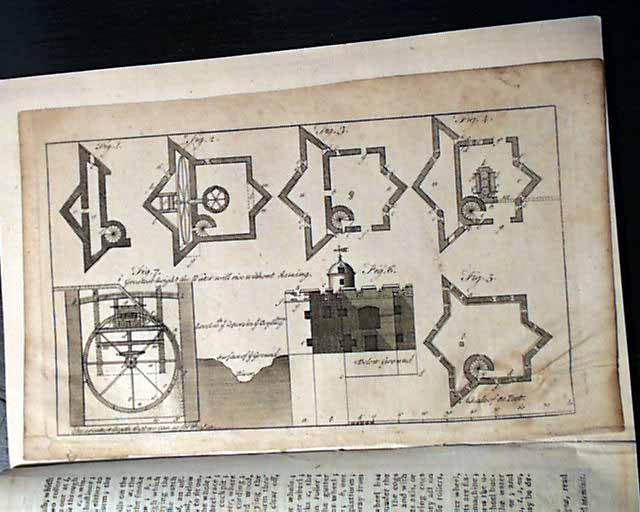 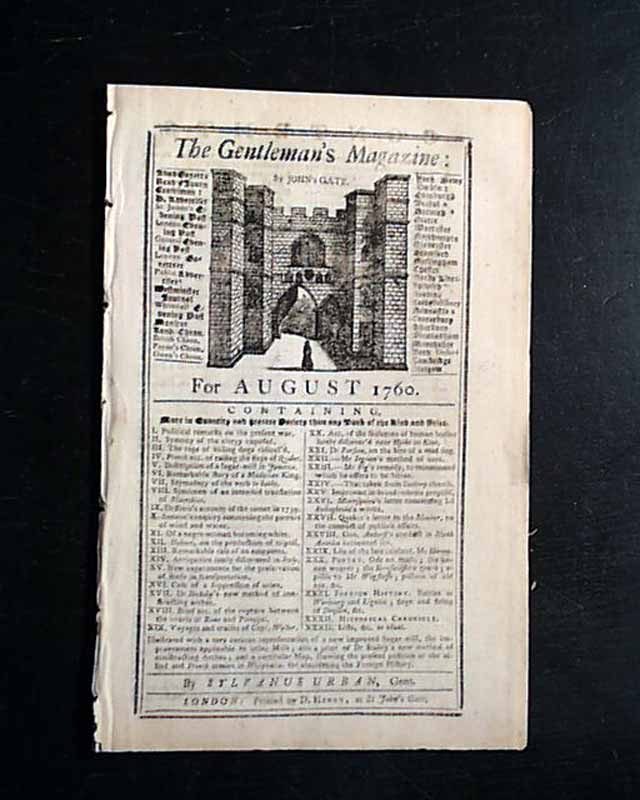