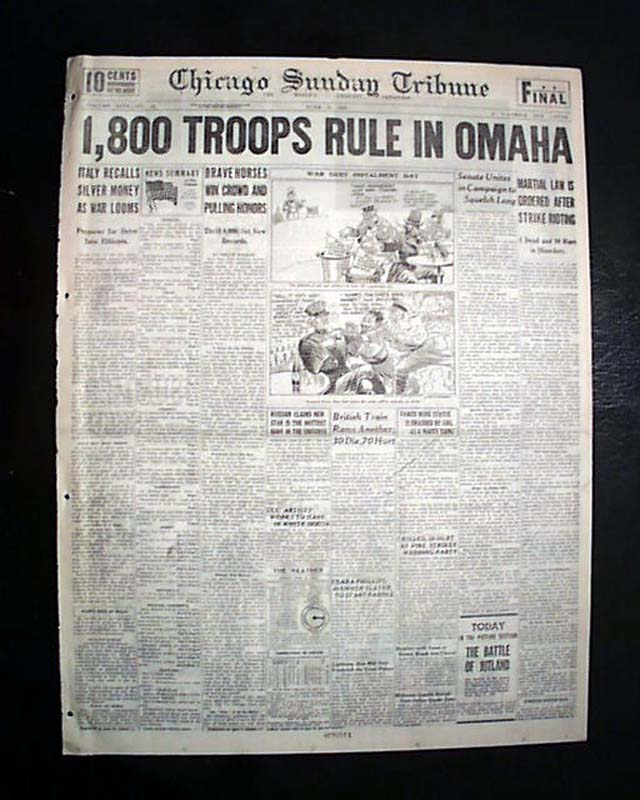 wikipedia notes: Three days of more streetcar strike rioting leads to a man being killed and more than ninety persons, including women and children, were wounded. Governor Robert Leroy Cochran ordered arbitration later in the week; however, new riots were reported by the end of the month. 1,800 National Guardsmen were called in to quell the violence, and martial law was declared. Ultimately two people were killed and 100 were injured.