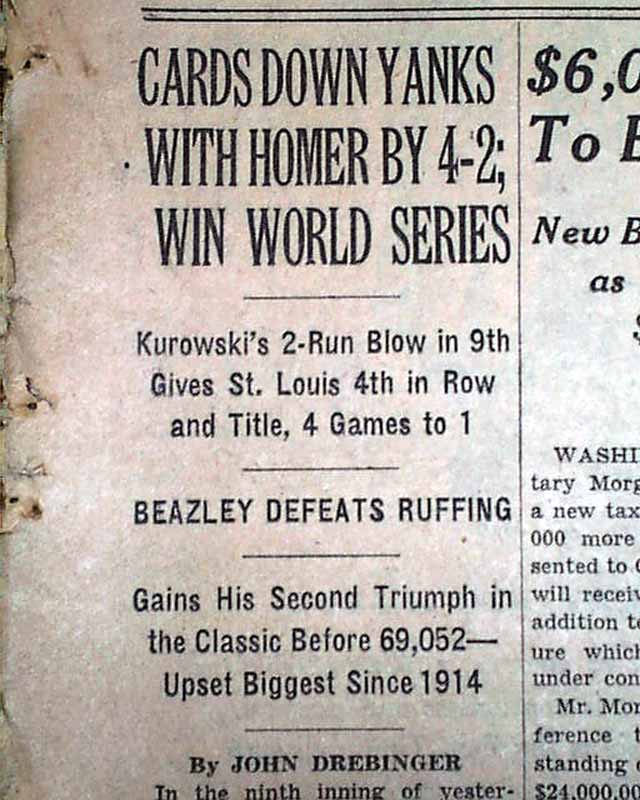 The front page has one column headlines that include: "CARDS DOWN YANKS WITH HOMER BY 4-2; WIN WORLD SERIES" "Kurowski's 2-Run Blow in 9th Gives St. Louis 4th in Row and Title, 4 Games to 1" and more.
More more in the sport's section (pages 27-28) with various headlines, photos and stats. 1st report coverage on game 5 which made the Cardinals World Series champions. Loads of text, too much to photograph all. Nice to have in this famous NYC title.