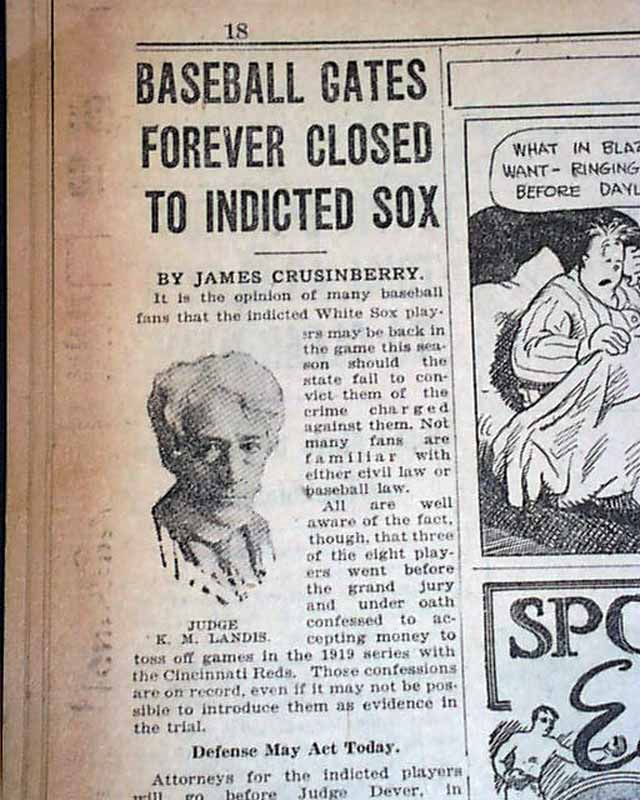 
CHICAGO DAILY TRIBUNE, Feb. 14, 1921  The top of page 18 begins with column heads: "BASEBALL GATES FOREVER CLOSED TO INDICTED SOX". Included is a small photo of "Judge K.M. Landis, the Commissioner of Major League Baseball.
This concerns the infamous Black Sox scandal of the 1919 Major League Baseball World Series
The article notes in part: "It is the opinion of many baseball fans that the indicted White Sox players may be back in the game this season should the state fail to convict them of the crime charged against them...that three of the eight players went before the grand jury and under oath confessed to accepting money to toss off games in the 1919 series...Those confessions are on record...When the trial is over, no matter what the verdict may be, the players will not get back into baseball until they have faced Judge Landis, supreme power in the national game..." with much more.
Terrific to have this report in this famous Chicago newspaper!
Complete in 28 pages, a few minor tears at the spine, nice condition. 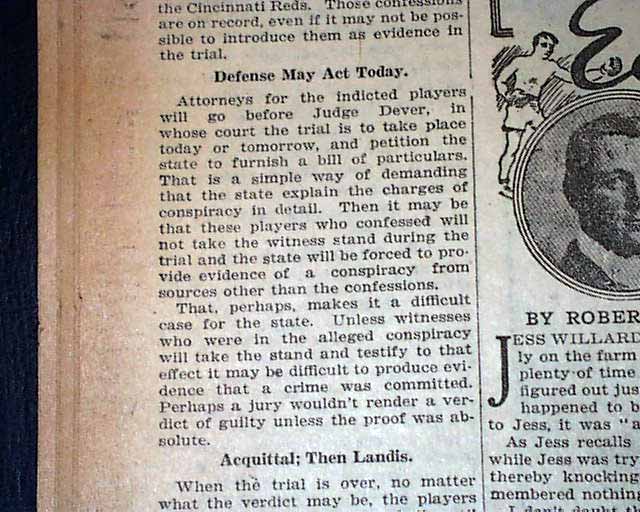 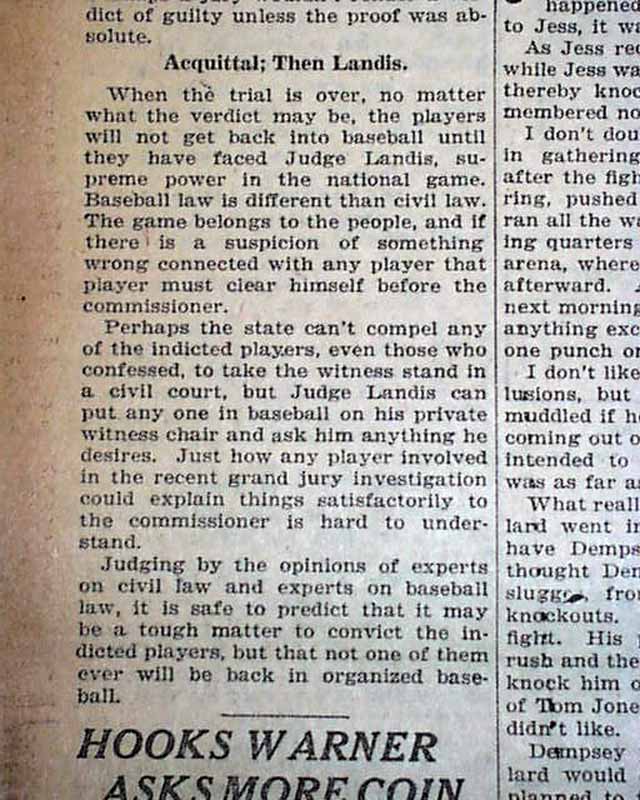 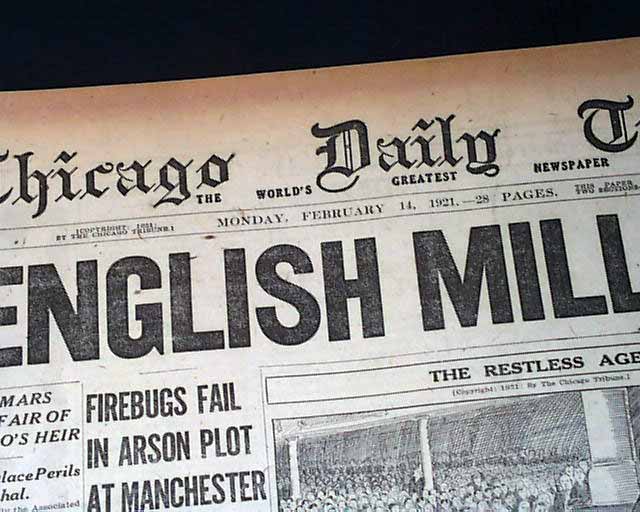 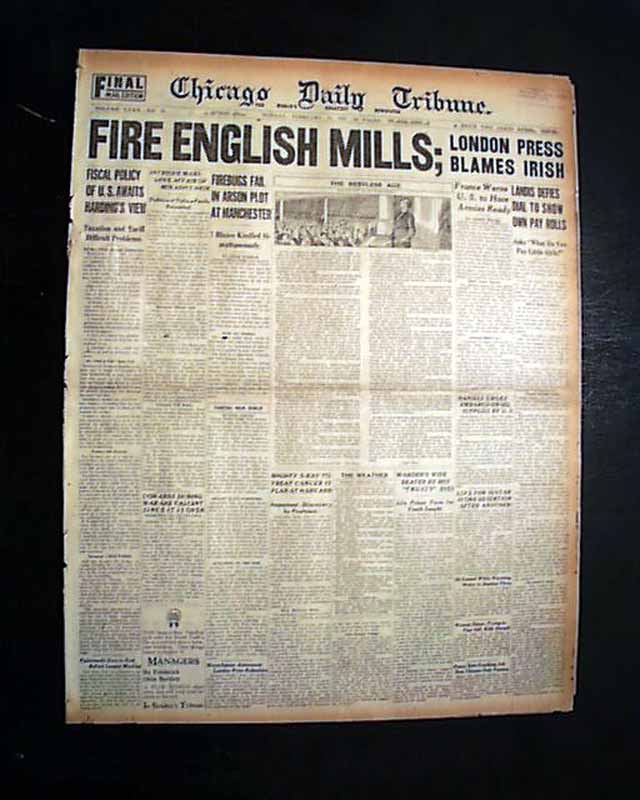