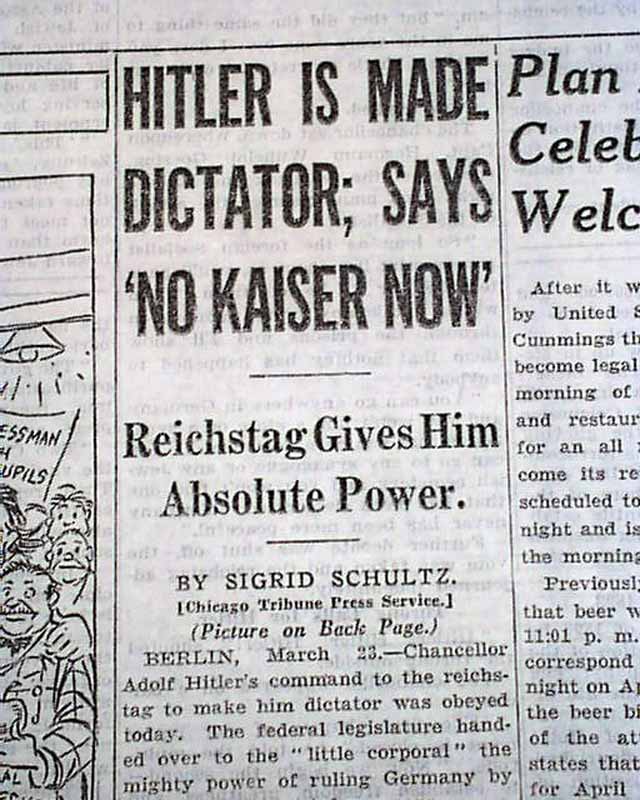 A front page one column headline announces an event which would have much more ominous implications in the years to come: "HITLER IS MADE DICTATOR; SAYS 'NO KAISER NOW' "Reichstag Gives Him Absolute Power" with various subheads.
The text has near the beginning: "Chancellor Adolf Hitler's command to the reichstag to make him dictator was obeyed today...The dictatorship was inevitable. The reichstag, packed with the chancellor's own National Socialists--called Nazis for short--crushed the supporters of popular government...".
Related to this is another ftpg. column head: "Jews In Heated Rally Vote for Hitler Protest".
The back page, which is filled with photos, includes a photo of Hitler captioned: "Made A Dictator".
Complete in 32 pages, this is the "rag edition" printed on very high quality newsprint meant for institutional holdings. In great condition as such, 4 small binding holes at the blank spine.