Home > Back to Search Results > Abraham Lincoln from when he was 30 years old...
Click image to enlarge 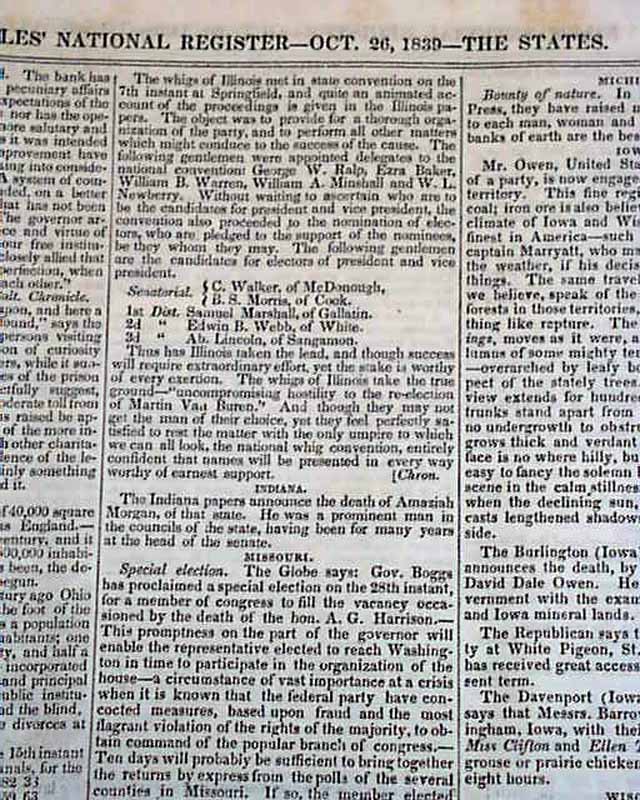 Abraham Lincoln from when he was 30 years old...

An inside page under the heading: "Illinois" has a report discussing the state Whig convention along with the names of the gentlemen who were candidates for electors of the president and vice president, including from the 3rd District, "Ab. Lincoln, of Sangamon." This is an extremely early mention of Abraham Lincoln, from when he was just 30 years old.
An inconspicuous report yet extremely significant for any Lincoln collector.
Sixteen pages, 8 1/4 by 11 3/4 inches, great condition. 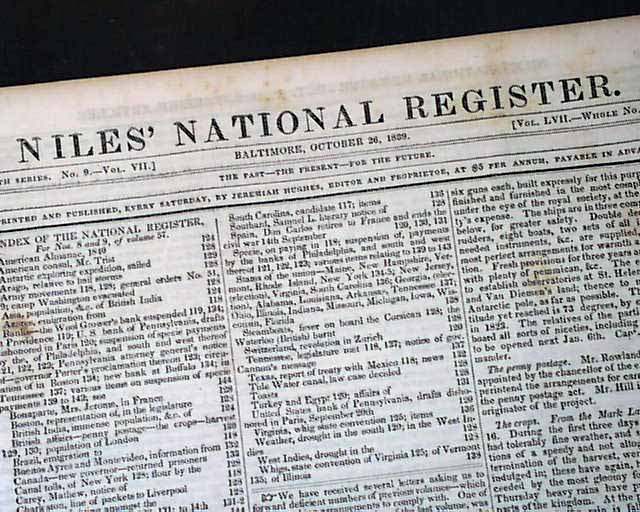 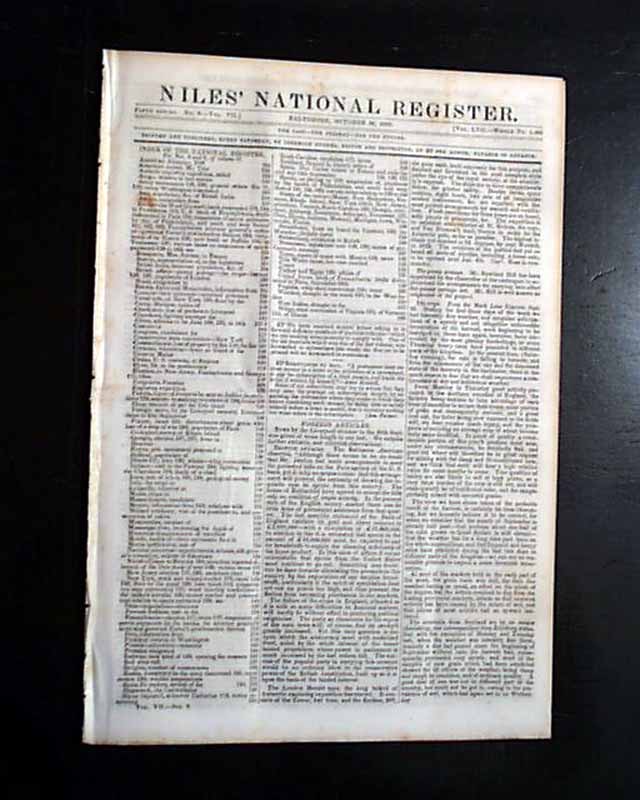