Home > Back to Search Results > Concerning aliens in government...
Click image to enlarge 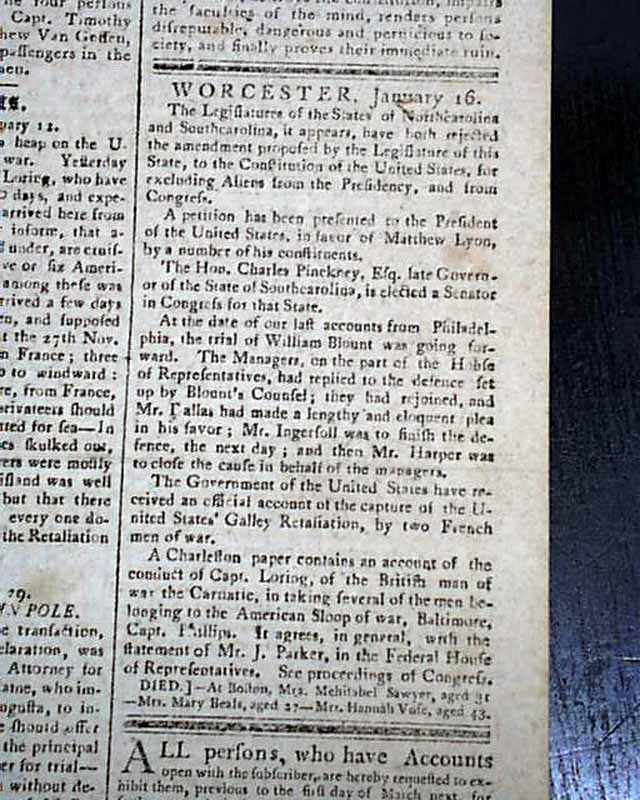 * re. Aliens omitted for the presidency - Congress
* United States Constitution in the Carolinas

Page 3 has an interesting item that reports: "The Legislatures of North Carolina and South Carolina...have both rejected the amendment proposed by the Legislature of this State, to the Constitution of the United States, for excluding Aliens from the Presidency, and from Congress".
Other news of the day includes: "Ireland" "Naval Affairs" and more. Four pages, good condition.