Home > Back to Search Results > More on the Lincoln funeral...
Click image to enlarge 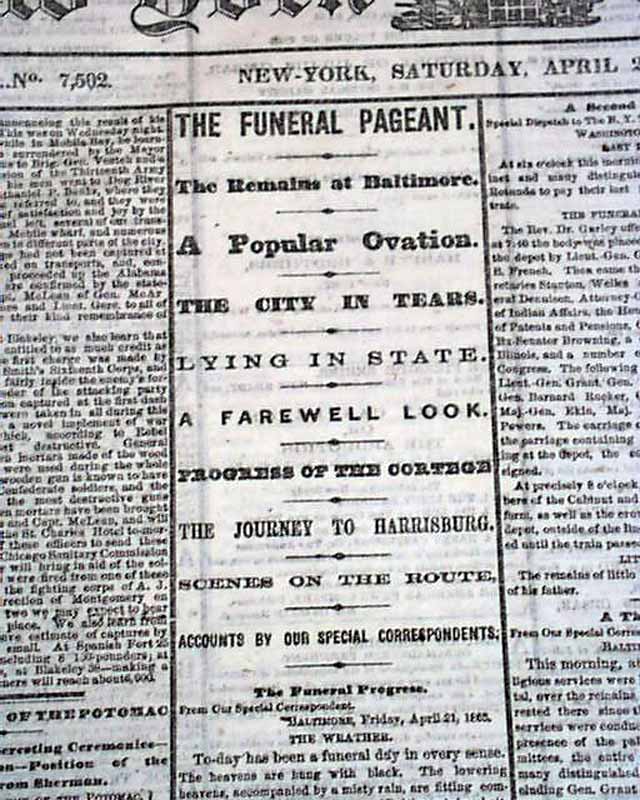 More on the Lincoln funeral...

The front page has one column heads which include: "THE FUNERAL PAGEANT" "The Remains at Baltimore" "A Popular Ovation" "The City In Tears" "Lying In State" "A Farewell Look" "Progress of The Cortege" "The Journey to Harrisburg" "Scenes On The Route" and some good reporting on the closing events of the Civil War as well with: "MOBILE" "Operations Against the Forts" "The Rebels Retreat Up the Alabama" "The Fall of Fort Blakeley" "Heavy Captures" and more.
Eight pages, nice condition. All columns on all pages are black-bordered in memory of Lincoln.