Home > Back to Search Results > Battle of Hill 282...
Click image to enlarge 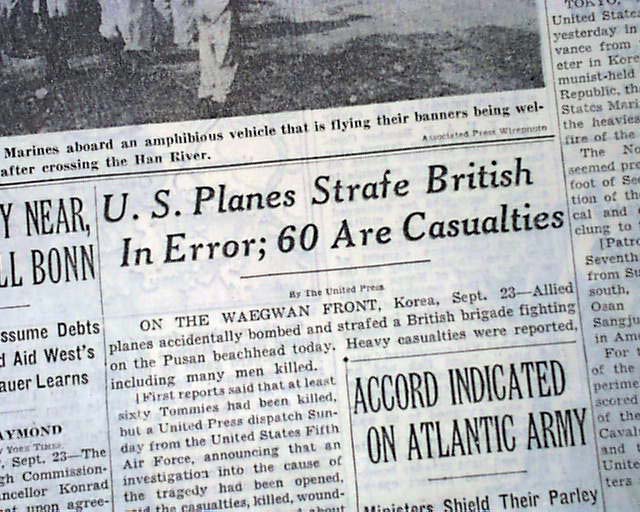 The front page has a two column heading: "U. S. Planes Strafe British In Error; 60 Are Casualties" First report coverage on the U.S. air strike on British troops by mistake. Always nice to have notable events in history reported in this World famous publication.
Other news, sports and advertisements of the day throughout which much more on the Korean War. Complete 1st section only with all 108 pages, rag edition in nice condition.

wikipedia notes: The Battle of Hill 282 took place on September 23 during the Korean War, and involved the 1st Battalion Argyll and Sutherland Highlanders in an assault on this position as part an operation by 27th British Commonwealth Brigade on the Naktong River.