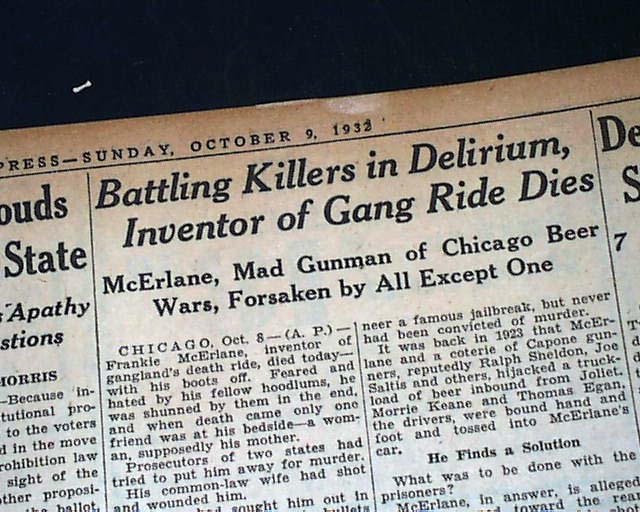 The top of page 4 has a two column heading: "Battling Killers in Delirium, Inventor of Gang Ride Dies" with subhead. (see) First report coverage on the death of Frank McErlane.

Other news of the day. Complete 1st section only with 10 pages, light toning and a little wear at the margins, generally good.