Home > Back to Search Results > On John Adams being elected President: the first transfer of authority under the Constitution...
Click image to enlarge 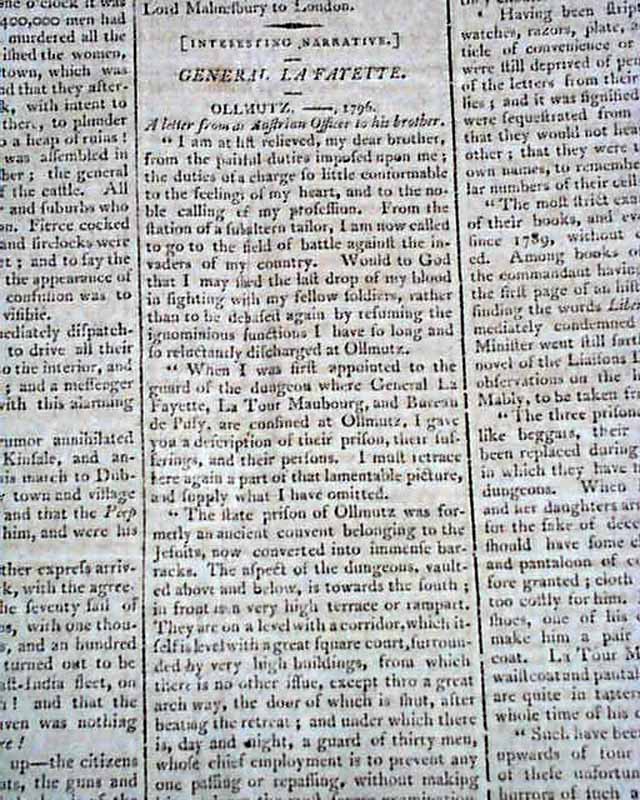 On John Adams being elected President: the first transfer of authority under the Constitution...


THE HERALD; A GAZETTE FOR THE COUNTRY, New York, Feb. 15, 1797  Page 3 has a great report on the election of John Adams as President, and on the smooth transition that has been allowed by the process outlined in the Constitution. It includes: "The important election is decided, and JOHN ADAMS, the tried patriot and republican, is proclaimed the successor of George Washington in the supreme magistracy of the United States..." and further on: "...and it has been produced without those public commotions which have disgraced almost all the elective governments of the old world. Happy indeed shall we be, if experience shall demonstrate the practicability of perpetuating an elective Chief Magistracy...". Further on is commentary on Thomas Jefferson being elected Vice President.
Another article has: "Congressional News" which reports: "A message has been received from the Senate informing the House, that the Vice-President [John Adams] had laid before them the following communications: Gentlemen of the senate. In consequence of the declaration made yesterday in the chamber of the house of representatives of the election of a President and Vice President...I have judged it proper to give notice, that on the 4th of March next, at twelve o'clock, I propose to attend again in the chamber...in order to take the oath prescribe by the Constitution of the U. States to be taken by the President..." with more.
Four pages, very nice condition.