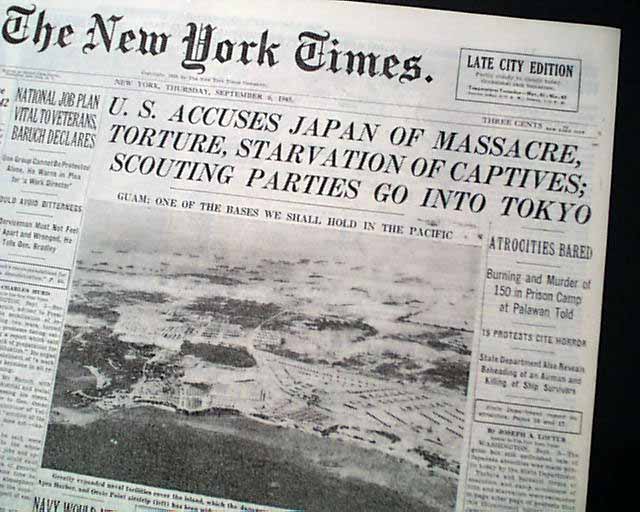 The top of the front page has a five column headline: "U. S. ACCUSES JAPAN OF MASSACRE" with subheads that include: "Burning and Murder of 150 in Prison Camp at Palawan Told. (see) Lengthy reporting continues on pages 2 & 3.
Other news, sports and advertisements of the day. Complete 40 pages, rag edition in very nice condition. 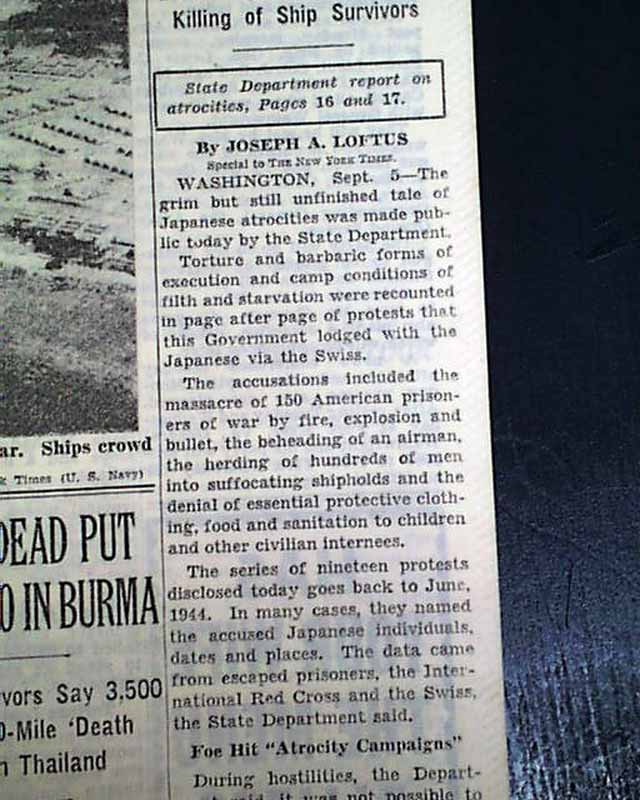 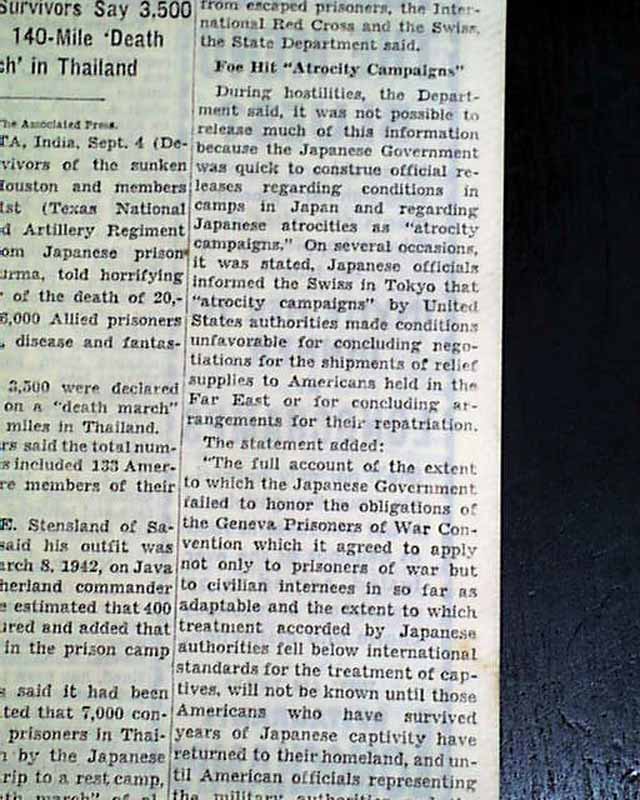 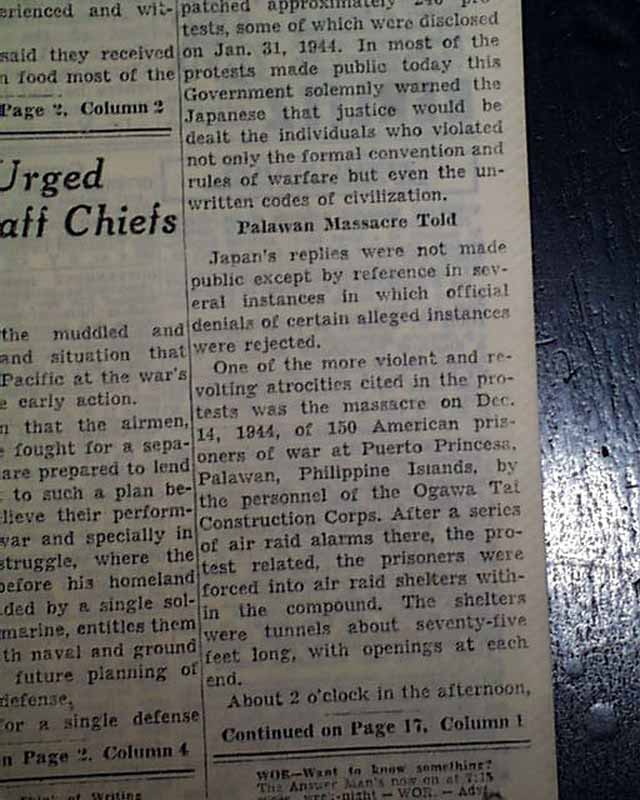 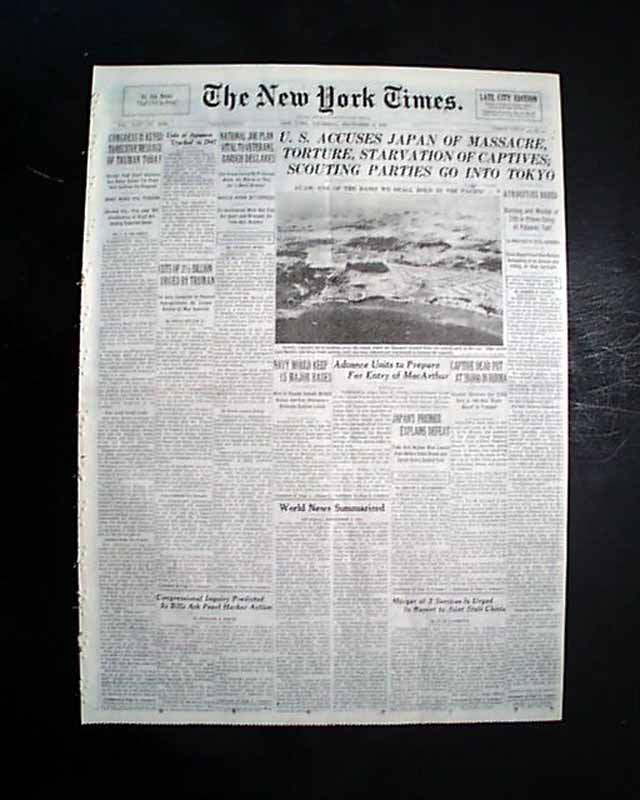 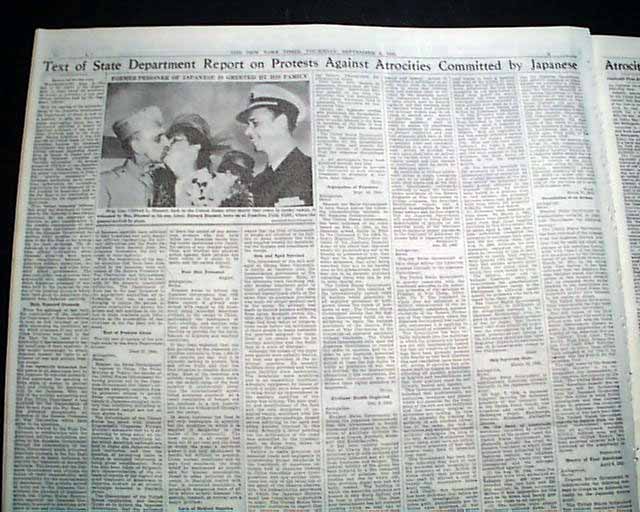 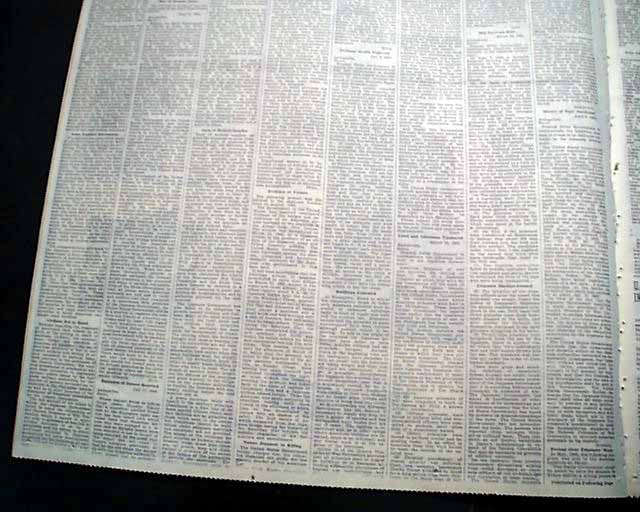 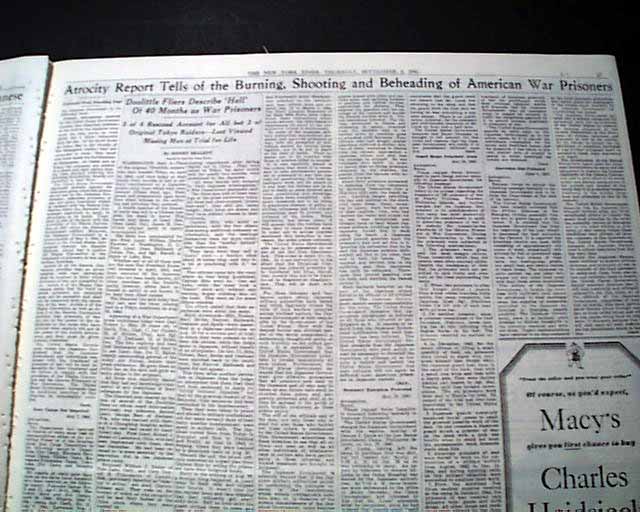 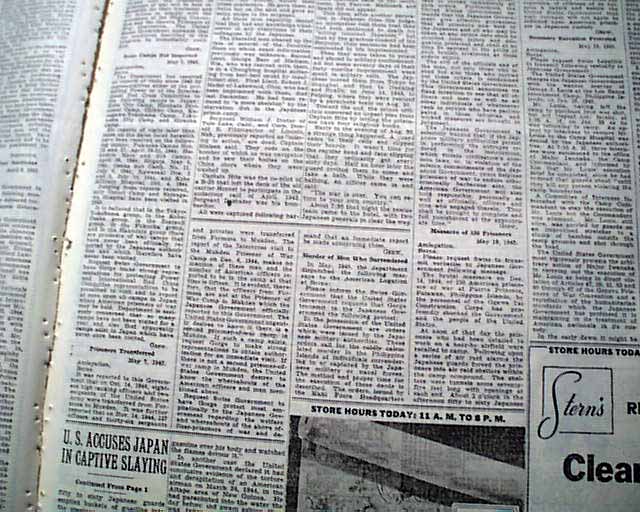