Home > Back to Search Results > Debating the dire situation in America...
Click image to enlarge 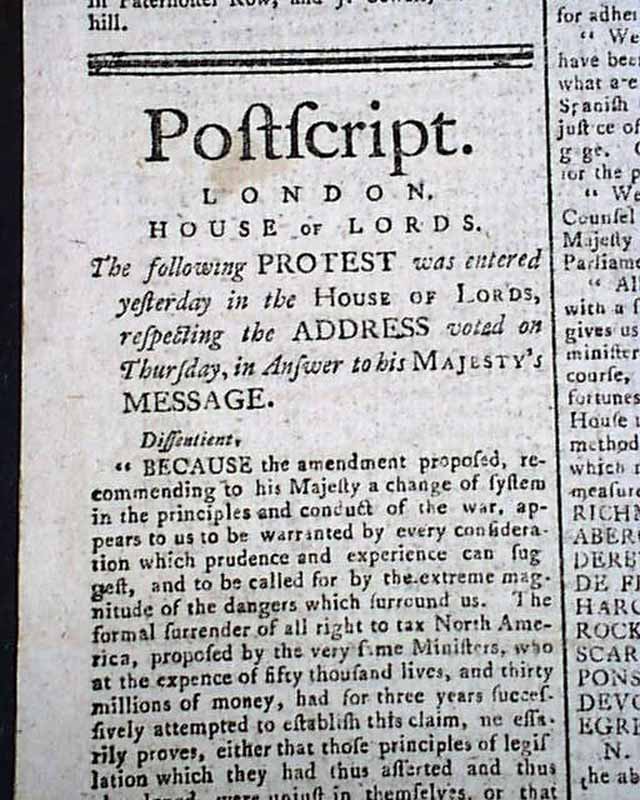 Debating the dire situation in America...

Over a full column on the back page has a "Protest" entered in the House of Lords concerning the dire situation in America. A few bits include: "...The formal surrender of all right to tax North America...the whole power of Great Britain under their conduct was unable to effectuate a reasonable dependency of its own Colonies..." and also: "...If the whole force of Great Britain...assisted by 30,000 Germans...has failed in 3 campaigns against the unprepared provinces of North America...have totally failed in the single contest with the Colonies...in addition to the successful resistance of North America..." and much more.
Also on the bkpg. "Terms of Negociation" with America, and then an article which includes: "The order of the day was now called for, and the house went into a committee of inquiry into the American war...".
Four pages, a few minor tears at the spine, small piece from a corner of the back leaf affects no text, otherwise good condition.