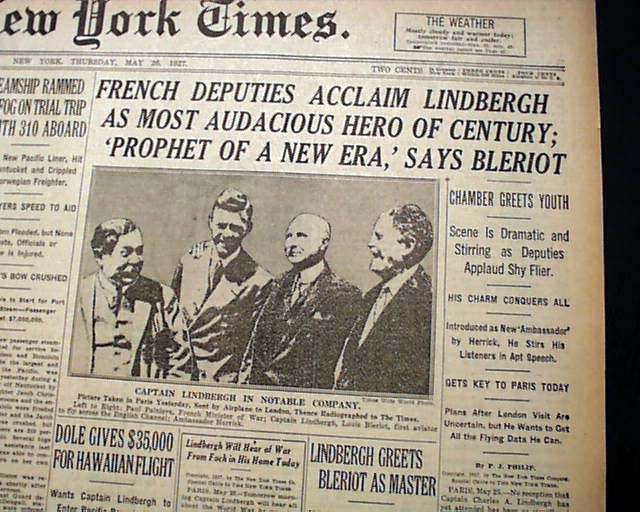 The top of the front page has a four column headline: "FRENCH DEPUTIES ACCLAIM LINDBERGH AS MOST AUDACIOUS HERO OF CENTURY; 'PROPHET OF A NEW ERA,' SAYS BLEROIT" with many subheads and related photo. Loads of text continues on the following pages with another related photo. Always nice to have notable events in history reported in this World famous publication.
Other news, sports and advertisements of the day. Complete in 52 pages, a few small binding slits along the spine, nice condition.