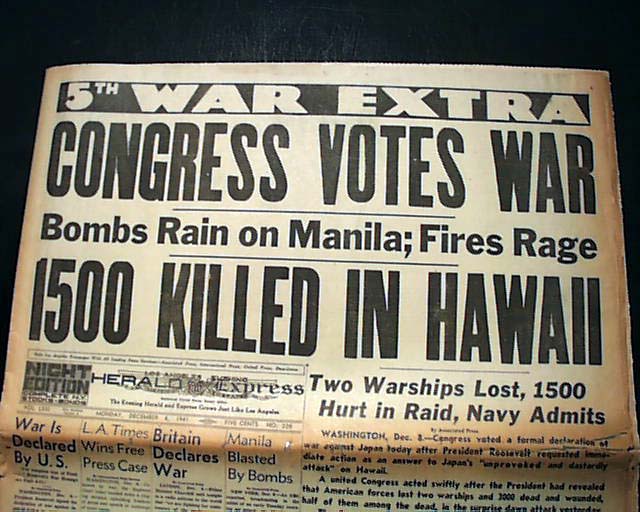 Boldly printed at the top in a black box: "5th WAR EXTRA" with 3 banner headlines: "CONGRESS VOTES WAR" "Bombs Rain on Manila; Fires Rage" and "1500 KILLED IN HAWAII" with subheads. Nice to have a West Coast publication.
Twenty pages, wear along the central fold with archival mending on the back side with minimal text loss, a little margin wear, great for as such.