Home > Back to Search Results > Gruesome details of the Donner party tragedy...
Click image to enlarge 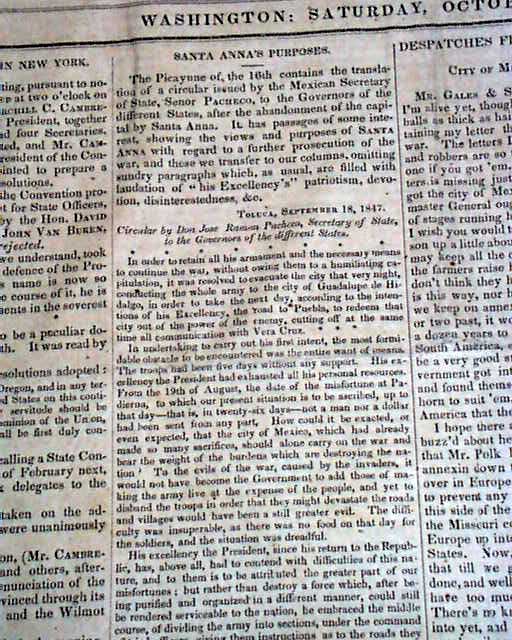 Although there  reporting on the Mexican War with: "The Mexican Question -  What Shall Be Done With Mexico?", the prime content in this issue is a rare period account of the Donner party tragedy, headed: "The  Emigrants To California" which takes over half a column on page 2. This was the event where the emigrant party was stranded in a snowstorm in Northern California and some resorted to cannibalism to survive.
The full text of this report is seen in the photos, portions including: " ...was lost in the snow storm in which Mr. Reed and party suffered so severely...he had succeeded in killing a bear & had subsisted on the meat...has come in safely, as also five other from the cabins...The day Mr. Reed left them the boy Isaac Donner died...the remaining sufferers continued two days without food but on the third day were obliged to resort to the only alternative, that of eating the dead...they commenced on the two children, and when my party reached them, which was on the fifth day, they were eating Mrs. Graves..." with much more.
Four pages, piece missing from bottom margin of te front leaf causing some  text loss to the Mexico article but not remotely close to the Donner Party article. Otherwise nice condition.