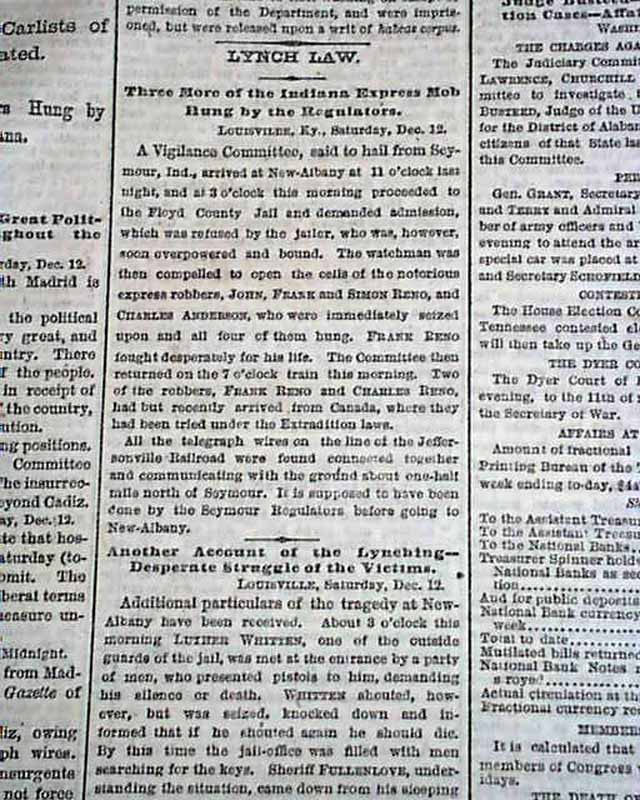 On the front page under "Lynch Law" is a report: "Three More of the Indiana Express Mob Hung by the Regulators". Report states that members of the Vigilance Committee from Seymour arrived at New-Albany (Ind.) overpowered the jailer at the Floyd County Jail and "...the watchman was...compelled to open the cells of the...express robbers, John, Frank and Simon Reno, and Charles Anderson, who were immediately seized upon and all four were hung..."
There is a second account that has additional details of the lynching, mentioning that Frank & William Reno were hung on the same pillar and that Simon was hung from the ceiling.
The front page has another report: "Gen. Custer's Fight" "Col. Wynkoop, Indian Agent Declares it was a Massacre, and Tenders His Resignation." regarding the Battle of Washita.
Eight pages, foxing at two ftpg. folds, nice condition.