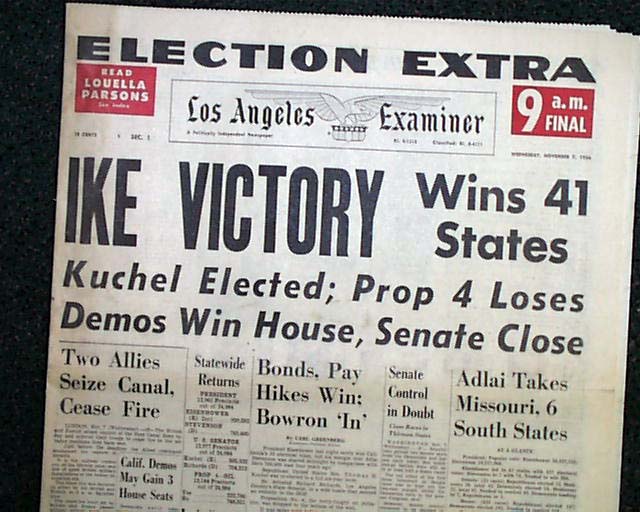 The banner headline announces: "IKE VICTORY - WINS 41 STATES," with inside photos of Dwight D. Eisenhower & running mate Richard Nixon, along with additional detailed coverage. Nice for those collecting IKE memorabilia.
The issue is believed to be complete, but is being sold for the described content. Excellent condition.