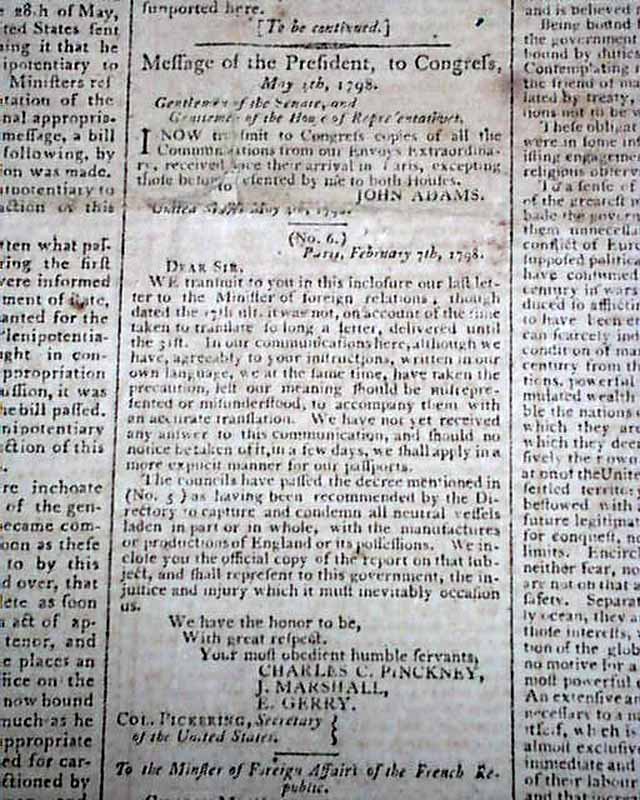 The front page has: "Message of the President to Congress" which is brief & signed in type: John Adams. This is followed by two other documents relating to France, carrying over to page 2.
Page 2 has: "Proceedings of the Columbian Federal Congress" which includes mention that: "...the House again went into a committee of the whole on the bill for authorizing the President of the United States to raise a provisional army..." (see).
Four pages, some foxing, irregular at the spine margin, small rubbing hole in the top quadrant.