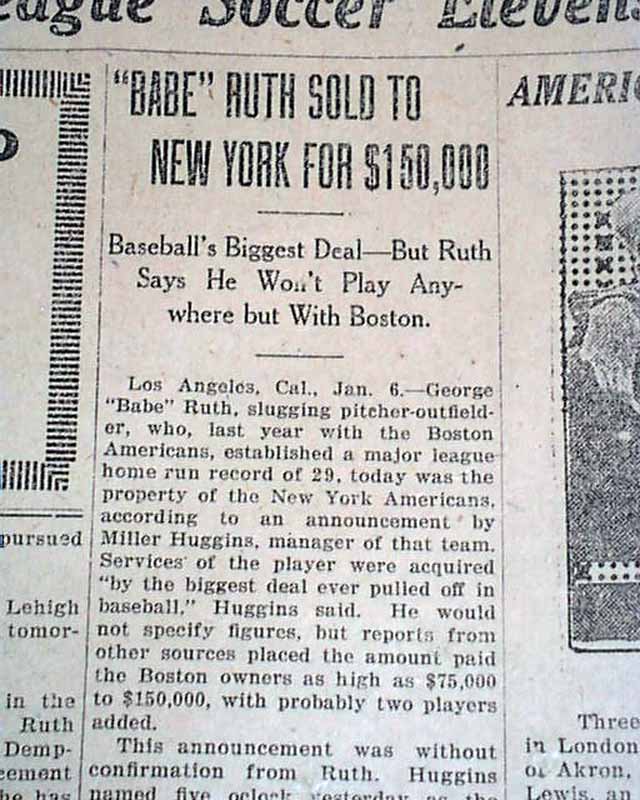 The top of the sports have has one of the more notable reports in the history of Major League Baseball, the sale of Babe Ruth to the New York Yankees.
The column is headed: " 'BABE' RUTH SOLD TO NEW YORK FOR $150,000" "Baseball's Biggest Deal--But Ruth Says He Won't Play Anywhere but With Boston". The price paid was speculated between $75,000 and $150,000 (was actually $125,000). Much detail in the article which takes three-quarters of a column.
Complete in 16 pages, unfortunately there is a small hole in the Ruth article which affects about 7 words (see). Otherwise typical margin tears. Somewhat discrete tape mends across most of the central folds causing no loss. A bit fragile & should be handled carefully.