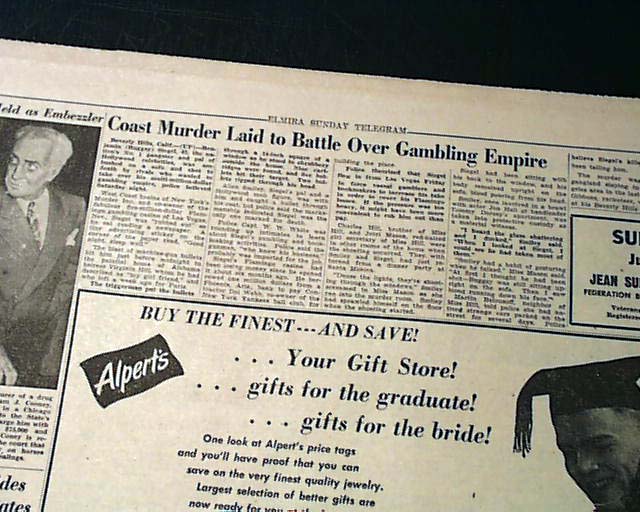 The top of page 3 has a four column heading: "Coast Murder Laid to Battle Over Gambling Empire" (see) First report coverage on the assassination of Bugsy Siegel.
Other news, sports and advertisements of the day. Complete with all 32 pages, nice condition.