Home > Back to Search Results > Great Train Wreck of 1856...
Click image to enlarge 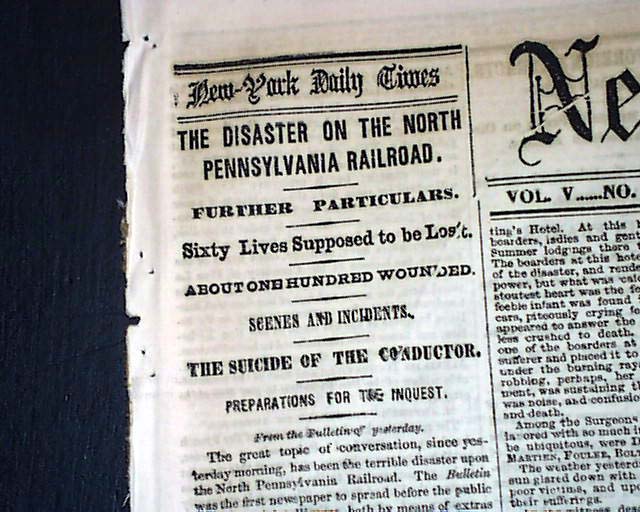 The front page has an article headed: "THE DISASTER ON THE NORTH PENNSYLVANIA RAILROAD" "Further Particulars" "Sixty Lives Supposed to be Lost" and more with list of the killed. (see) Text takes up over 2 columns.
Other news of the day. Complete in 8 pages, nice condition.

wikipedia notes: The Great Train Wreck of 1856 occurred in Whitemarsh Township, Pennsylvania, between Camp Hill Station and Fort Washington Station, on July 17, 1856. Two trains, traveling on the same track in converging directions, collided, killing between 59 and 67, and injuring over 100. The incident was referred to as The Camp Hill Disaster in Montgomery County, and The Picnic Train Tragedy in the city of Philadelphia. It was the deadliest railroad catastrophe in the world up to that time and became one of the signature events of its era. 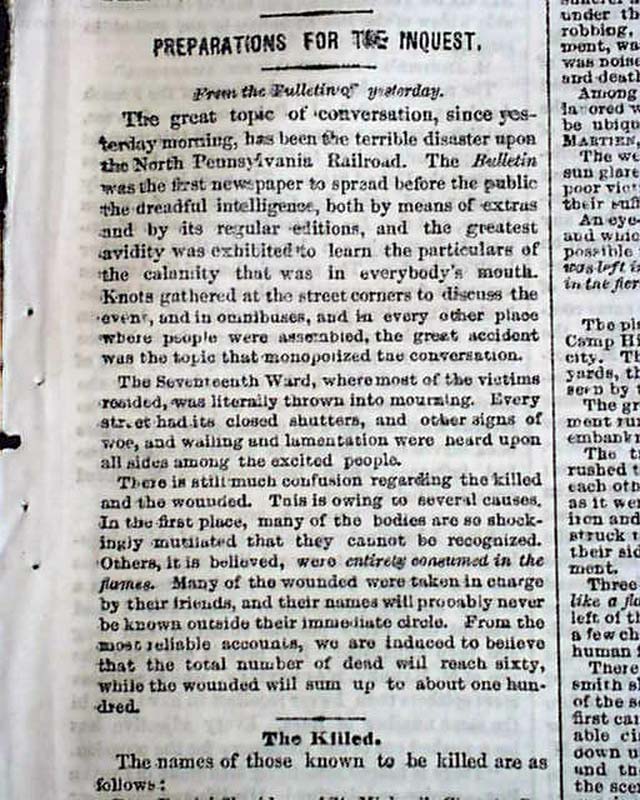 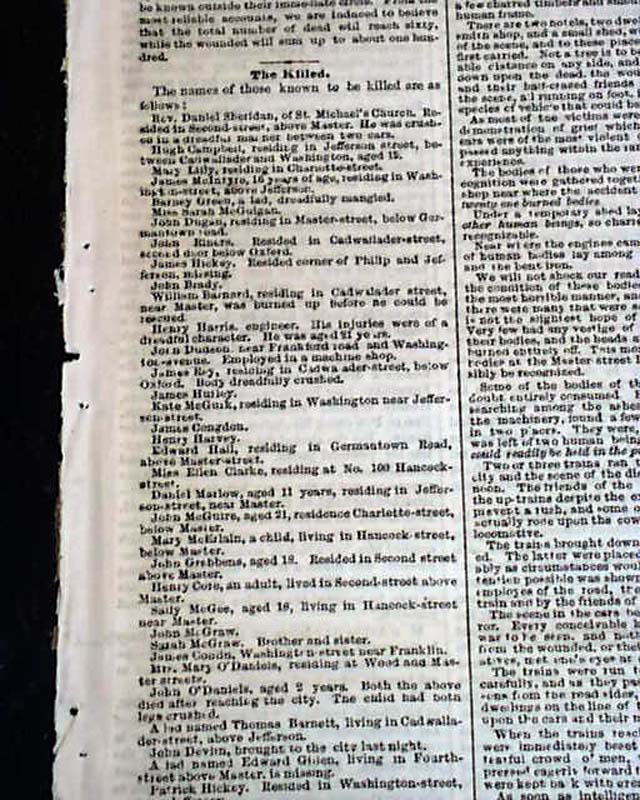 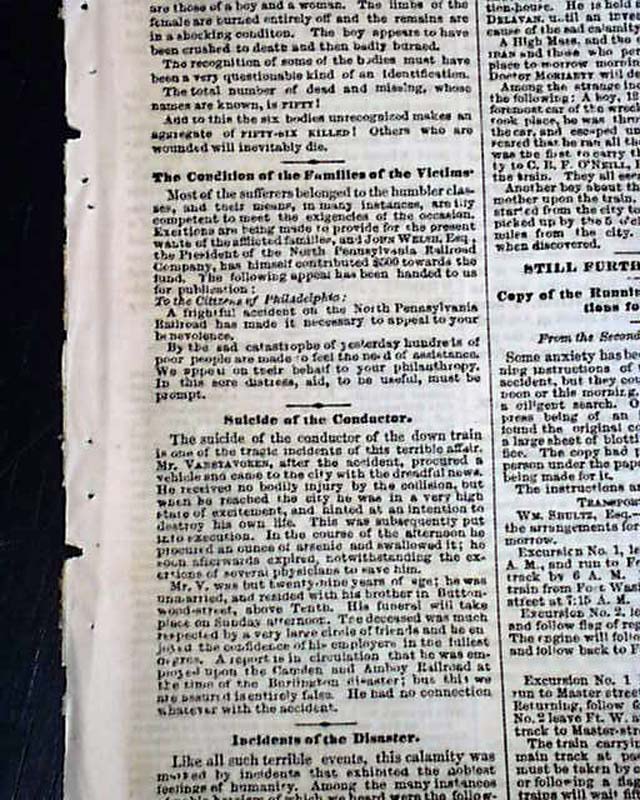 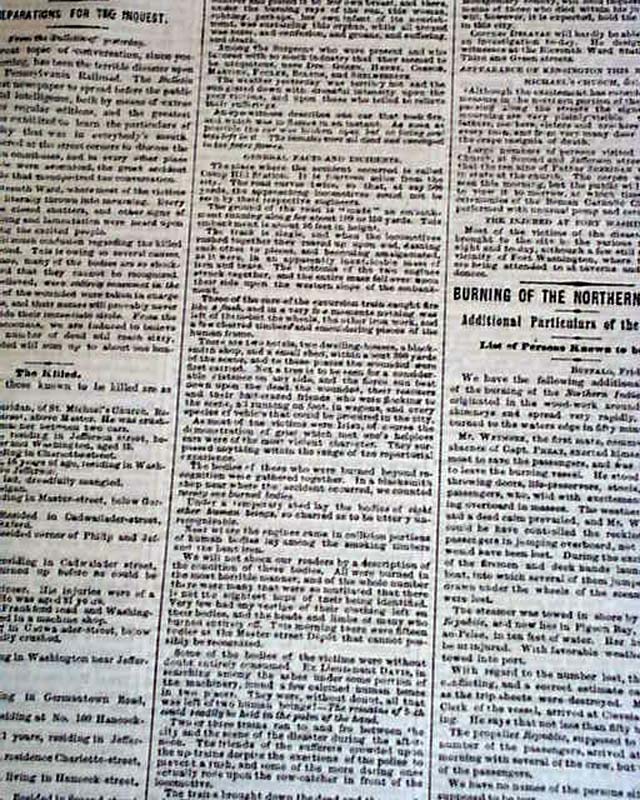 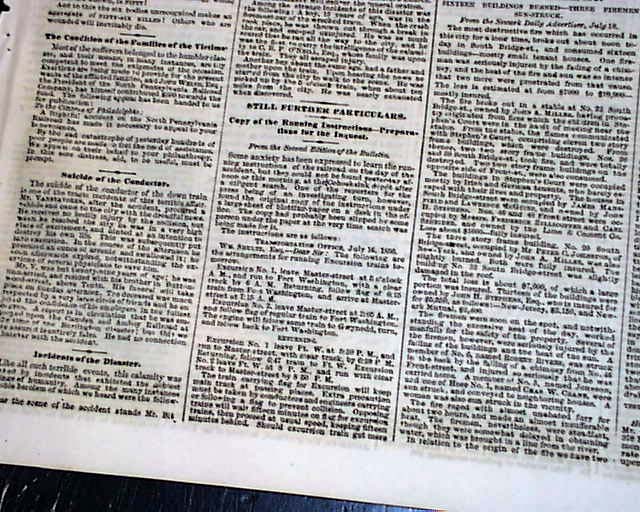 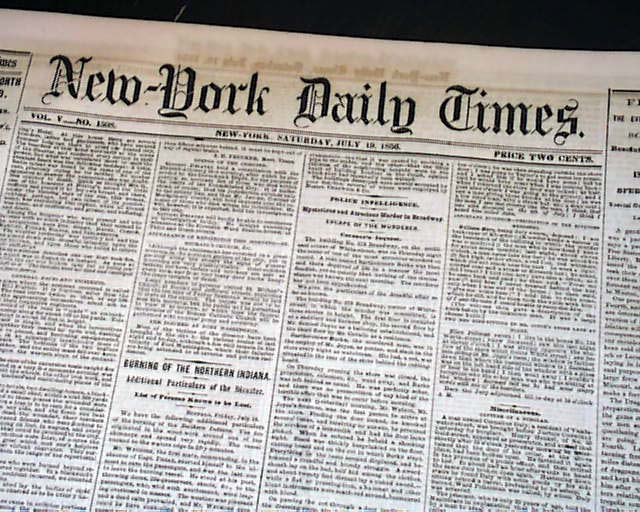 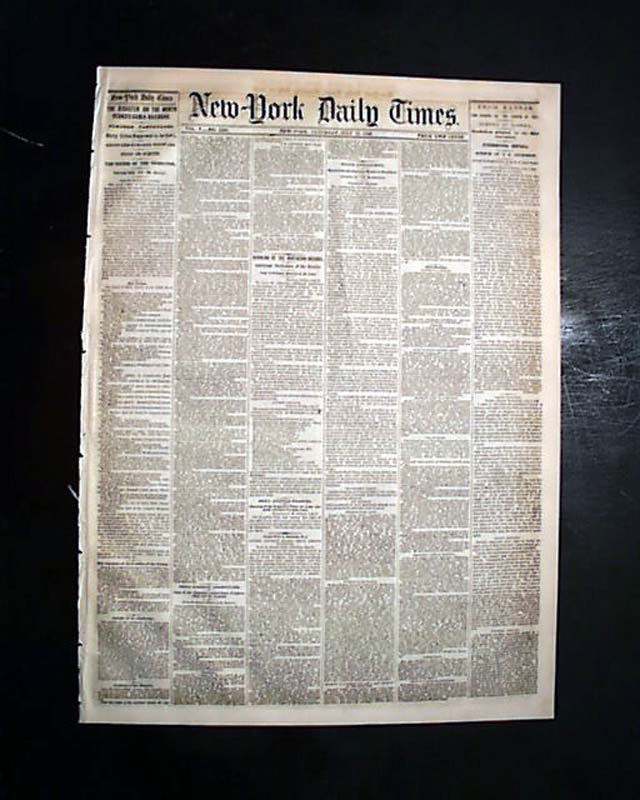