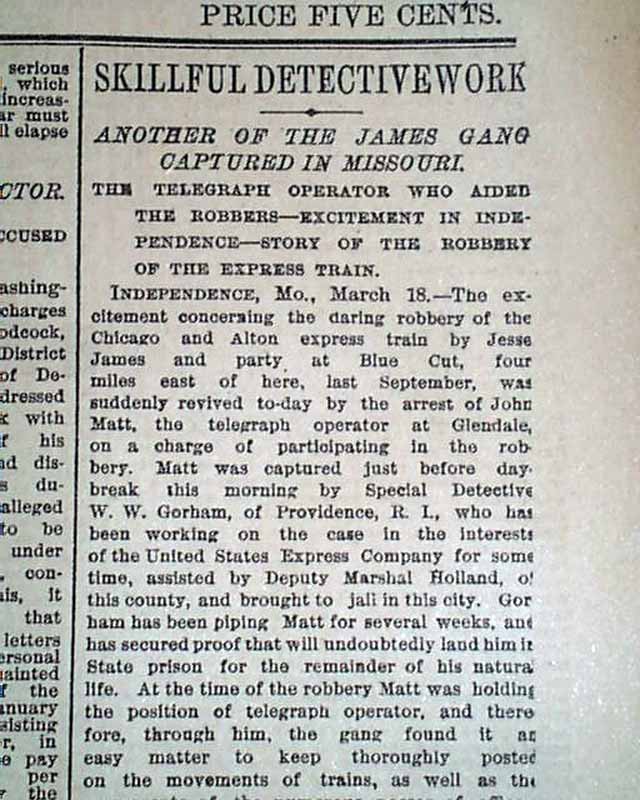 The front page has nearly a full column report which is headed: "SKILLFUL DETECTIVE WORK" "Another Of The James Gang Captured In Missouri" with more. The report begins: "The excitement concerning the daring robbery of the Chicago & Alton express train by Jesse James & party at Blue Cut...was suddenly revived today by the arrest of John Matt...on a charge of participating in the robbery..." with much more, including some nice detail on the train robbery which was his last before his death on April 3, 1882.
Historical reports note he stole $15,000 but the newspaper report notes only $5000. Some great text on both Jesse James and his last train robbery.
Sixteen pages, small holes in the first column not remotely close to the mentioned report, browned at margin, partially loose at the spine, somewhat fragile.