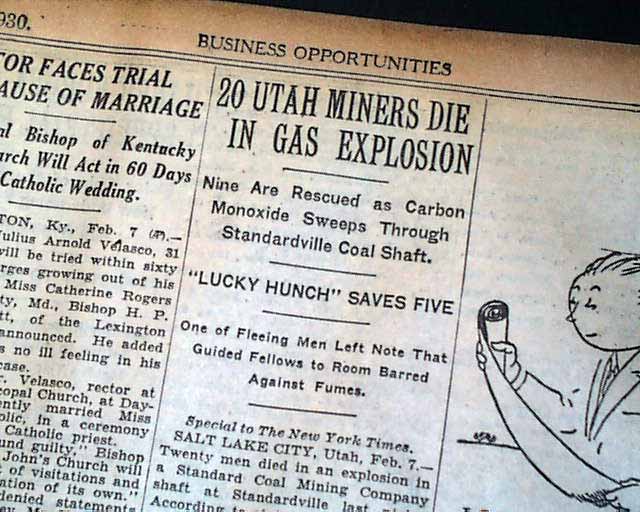 This 32 page newspaper has one column headlines on the back page (page 32) that include: "20 UTAH MINERS DIE IN GAS EXPLOSION" "Nine Are Rescued as Carbon Monoxide Sweeps Through Standardville Coal Shaft" and more. (see)

Tells of the Standardville, Utah mine explosion disaster.

Other news of the day throughout. Minor margin wear, otherwise good.