Home > Back to Search Results > Considering the future of the country...
Click image to enlarge 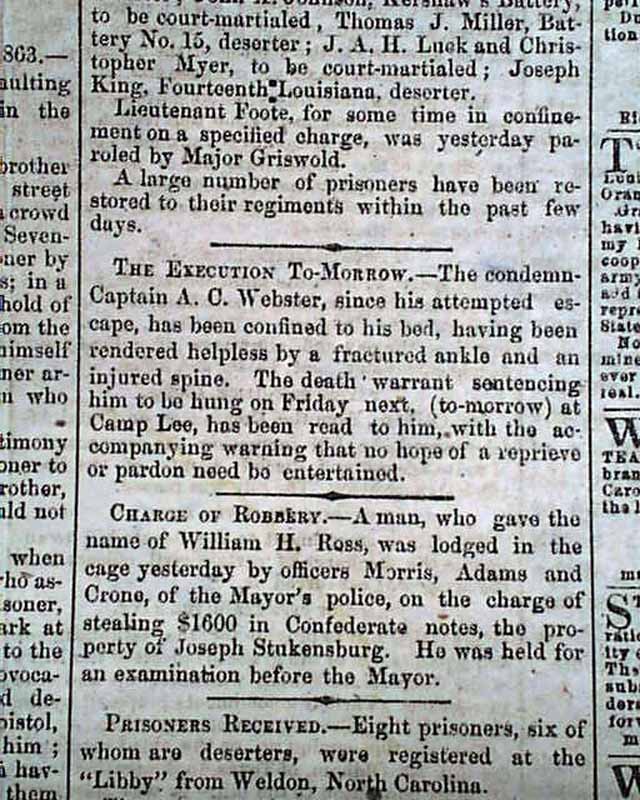 Considering the future of the country...

A nice issue from the capital of the Confederacy. Page 2 has a lengthy editorial concerning the future of the war. A few bits include: "...The peace which is supposed to bring with it commercial & financial ruin to the North is the peace that is based on the establishment of the Southern Confederacy. With that event vanishes all hope of present plunder & confiscation...A cessation of hostilities short of the subjugation of the South, therefore, means repudiation or bankruptcy. A peace without the South means also a complete dissolution of the Union...No interruption of this war by any part of Europe is now in view. The last shadows of intervention have, for the time, disappeared. Lincoln has a clear field for a battle with the South..." and much more.
There is also much reporting from: "The Confederate Congress"  as well as the: "Virginia Legislature". The front page has a report of the planned execution of a condemned man (see).
Complete as a single sheet issue with a full banner masthead, never bound nor trimmed, ample margins, nice condition.