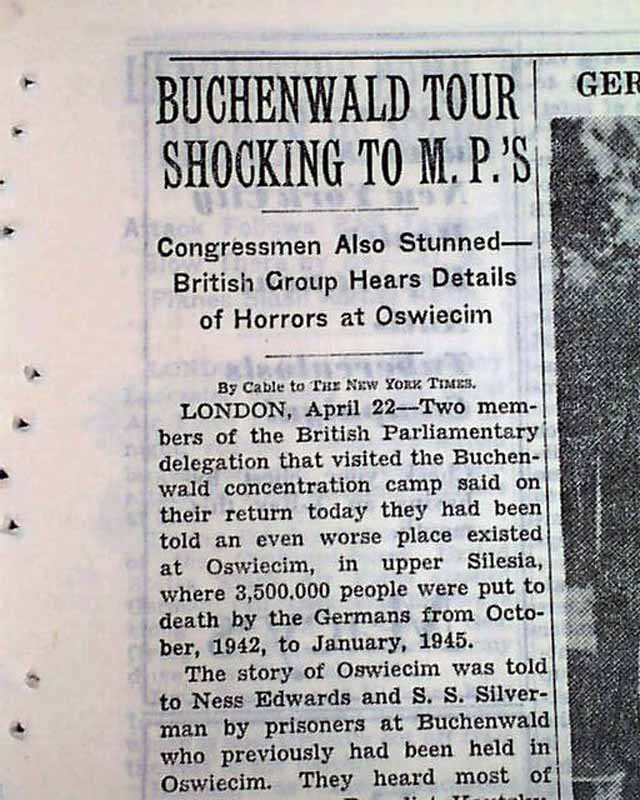 Page 5 has one column headings: "BUCHENWALD TOUR SHOCKING TO M. P.'S", "Congressmen Are Stunned--British Group Hears Details of Horrors at Oswiecim" Tells of the horrors that were happening in the Buchenwald Nazi death camp. Nice to have in this famous NYC title.
Other news, sports and advertisements of the day with much more on World War II. Complete in 32 pages, rag edition in very nice condition.