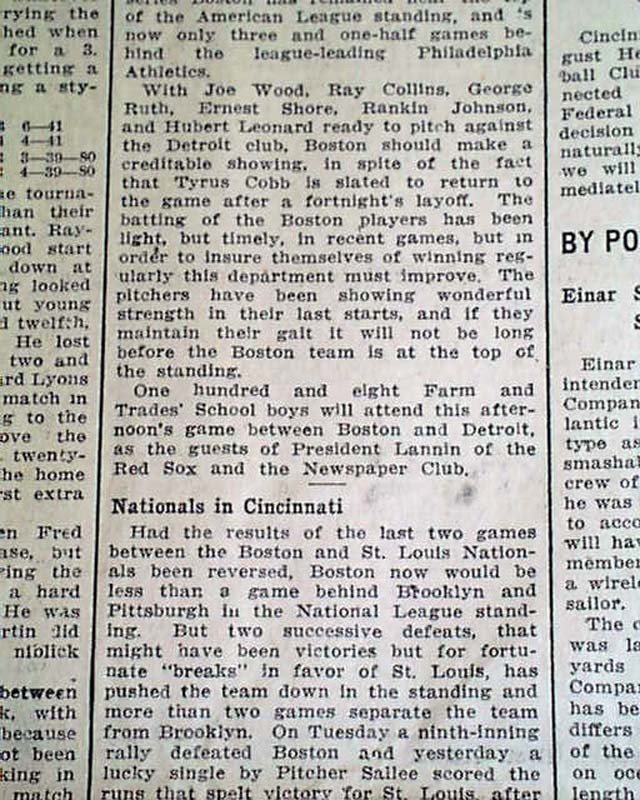 * Babe Ruth as a pitcher
* Boston Red Sox vs. Tigers
* Second ever MLB baseball game
* Best title to be had ? - rare as such

Page 4 has a report on the upcoming baseball game between Detroit and Boston for that day, headed: "May Tie For Second Today" "Boston Americans Will Have Chance to Jump from Fifth to Second Place..." and which includes the text: "With Joe Wood, Ray Collins, George Ruth, Ernest Shore...ready to pitch against the Detroit club". (see photo) This was to be just the second professional baseball game in which Babe Ruth played, and great to have this report--albeit rather inconspicuous--in a Boston newspaper. Very rare as such. The young 19 year old Ruth would not fare well in this game and therefore not play again until a few months later.
Fourteen pages, a few binding holes along the spine, light toning and minor wear at the margins, should be handled with care.