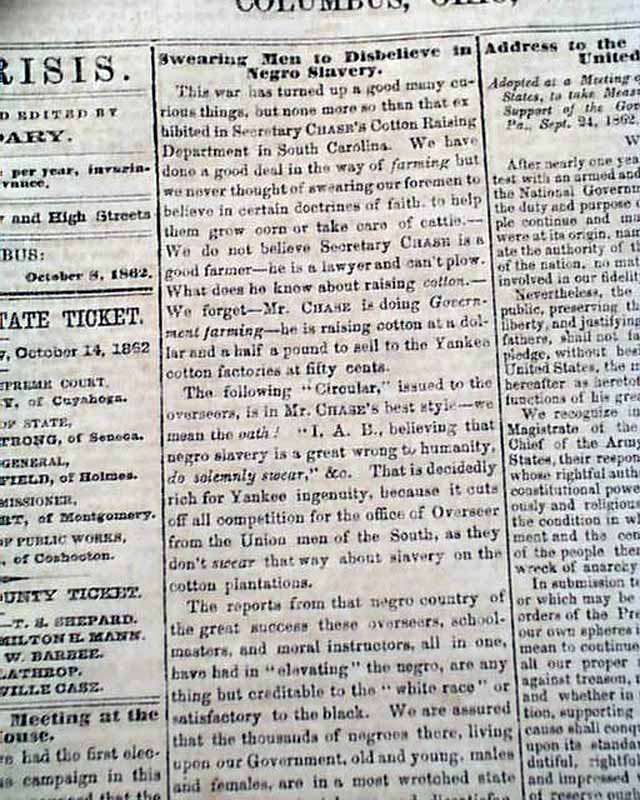 Among the front page reports are: "Swearing Men to Disbelieve in Negro Slavery" "Address to the President of the United States" by a meeting of governors of the loyal states; "Col. Sibley's Expedition - Battle with the Indians near the Yellow Medicine--Camp Attacked by 300 Indians..." "The Indian War".
Among articles inside: "What the Army Threatens to Do With Abolitionism" "The Present Administration of the Country--Its Promises--Its Doings--Its Chances" "War News of the Week" "McClellan's Report of the Battles of South Mountain and Antietam" "Official Confirmation of the Capture of Munfordsville" and so much more.
Eight pages, good condition.