Home > Back to Search Results > Babe Ruth & his crave for hot dogs....
Click image to enlarge 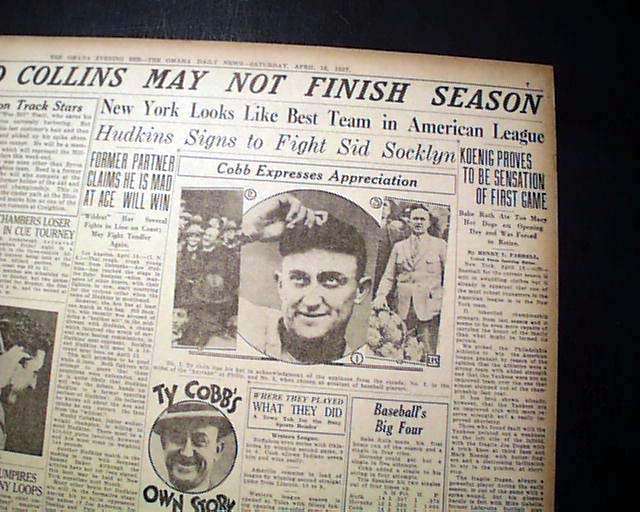 The sport's section (page 7) has a five column heading: "New York Looks Like Best Team in American League" with subheads that include: "Babe Ruth Ate Too Many Hot Dogs on Opening Day and Was Forced to Retire" and more. Rare to find period reports on Babe Ruth and his love for hot dogs. This 1927 team is widely considered as the best of all time.
Complete with all 10 pages, light toning and a little wear at the margins, generally in good condition.