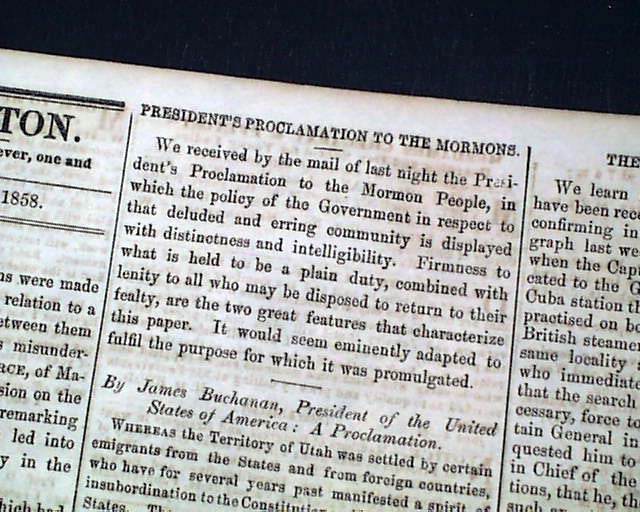 The top of page 3 has a column headed: "President's Proclamation To the Mormons" which has a prefacing paragraph on the on-going Mormon War which includes: "...in respect to that deluded & erring community is displayed with distinctness & intelligibility...with lenity to all who may be disposed to return to their fealty...".
The full text of the Proclamation is here, dated April 6, 1858 & signed in type by the President: James Buchanan. The document offered free pardon to the Mormons for any acts incident to the conflict if they would submit to government authority. This included permitting Johnston's Army into the Territory. The peace commissioners further assured that the government would not interfere with their religion.

Terrific to have this notable document in this newspaper from the nation's capital. Four pages, very nice condition. Folder size noted is for the issue folded in half.