Home > Back to Search Results > Nearing the end of the Scopes "monkey" trial...
Click image to enlarge 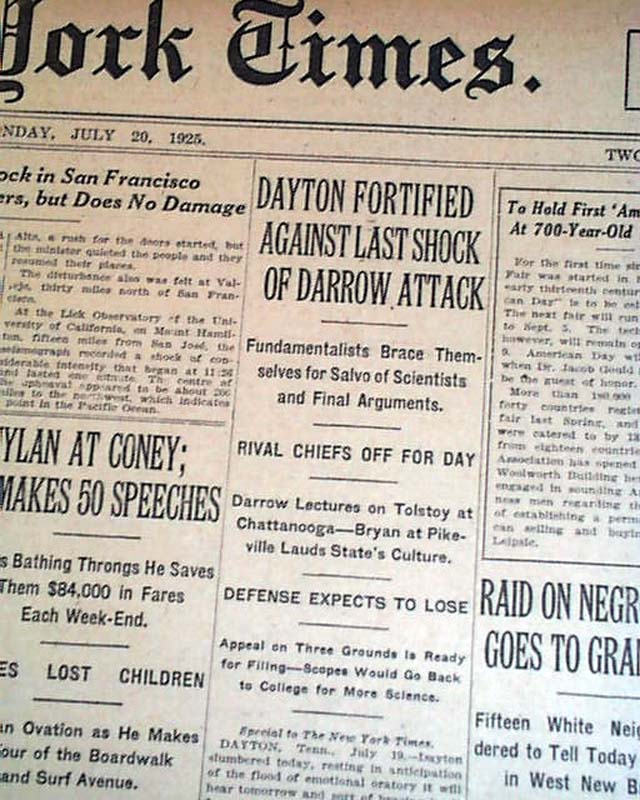 Nearing the end of the Scopes "monkey" trial...

The top of a front page column has heads on the famous Scopes "monkey" trial in Dayton, Tenn.: "DAYTON FORTIFIED AGAINST LAST SHOCK OF DARROW ATTACK" with subheads: "Fundamentalists Brace Themselves for Salvo of Scientists & Final Arguments" "Rival Chiefs Off For Day" "Darrow Lectures on Tolstoy at Chattanooga--Bryan at Pikeville Lauds State's Culture" "Defense Expects To Lose" "Appeal on Three Grounds is Ready for Filing--Scopes Would Go Back to Collebe for More Science".
The text takes most of a column and continues on page 2.
Complete in 32 pages, a few minor margin tears, generally nice condition.