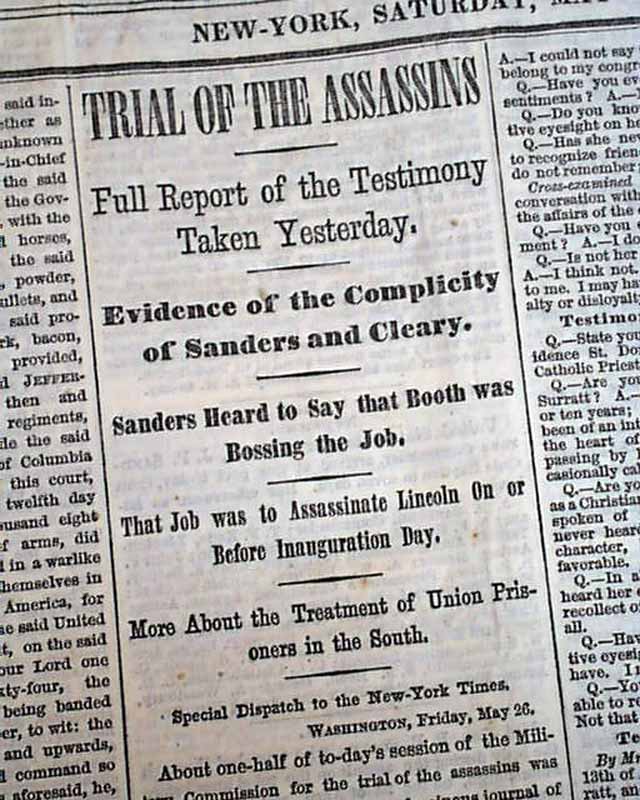 Among the ftpg. column heads are: "INDICTMENT OF DAVIS" "The Arch-Traitor to be Tried for Treason" "His Offence the Levying of War on Fort Stevens" "Davis to be Tried in the City of Washington" and: "TRIAL OF THE ASSASSINS" "Sanders Heard to Say that Booth was Bossing the Job" "That Job was to Assassinate Lincoln On or Before Inauguration Day" "More About the Treatment of Union Prisoners in the South" and more.
Eight pages, very light damp stain at the top, never bound nor trimmed, very nice.