Home > Back to Search Results > Karl Marx as a newspaper reporter... "On Italian Unity"...
Click image to enlarge 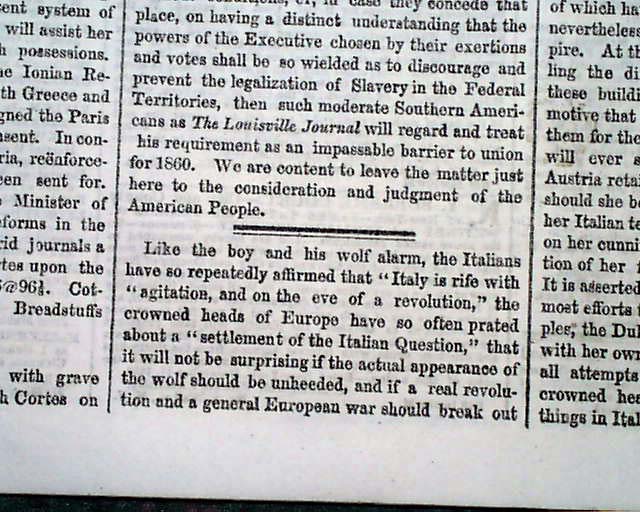 Karl Marx as a newspaper reporter... "On Italian Unity"...


NEW YORK DAILY TRIBUNE, January 24, 1859  Starting on the bottom of the 3rd column on page 4 and continuing through nearly all of column 4 is the untitled article themed (on the "works of Karl Marx website), "On Italian Unity," which is written by Karl Marx. Although unsigned, it is identified as his writing on the same site - which also prints the text of the article.

Other news of the day accompanied by period advertising is found throughout.

If additional NY Tribunes with articles by Karl Marx & Friedrich Engels are desired, please be in touch.